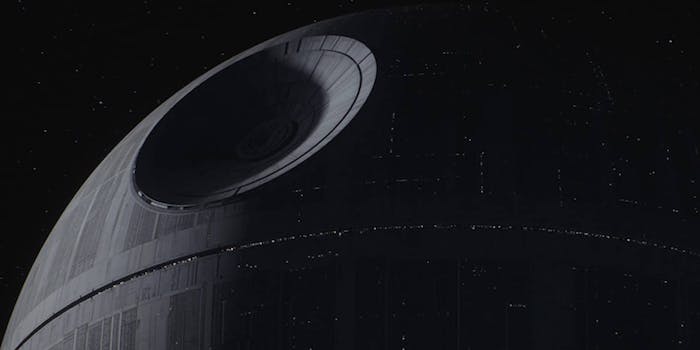 Trump manager compares campaign to Death Star, gets dragged to hell and back

The Death Star was blown up in every movie.

In a tweet praising the reelection campaign team of President Donald Trump, campaign manager Brad Parscale described the campaign as a “juggernaut,” and compared it to the Death Star, a mobile space station from the Star Wars franchise which is capable of vaporizing entire planets.

“For nearly three years we have been building a juggernaut campaign (Death Star),” Parscale wrote in a tweet. “It is firing on all cylinders. Data, Digital, TV, Political, Surrogates, Coalitions, etc. In a few days we start pressing FIRE for the first time.”

Parscale said he didn’t come up with the name— the “media” did.

“I didn’t give our campaign the name, Death Star, the media did,” Parscale wrote. “However, I am happy to use the analogy. The fact is, we haven’t used it yet. Laugh all you want, we will take the win!”

It’s unclear if Parscale is saying the campaign hasn’t been used three months into an election year or if there is something else being held back.

At any rate, the comparison prompted a dragging of hellish proportions on Twitter.

The cinematic reference and subsequent fate of the Death Star, which was blown to smithereens in all three of its iterations, makes this comparison more than slightly confusing.

“Uh, you know what happened to the Death Star, right?” @DavidCornDC wrote.

Others are comparing possible alternatives.