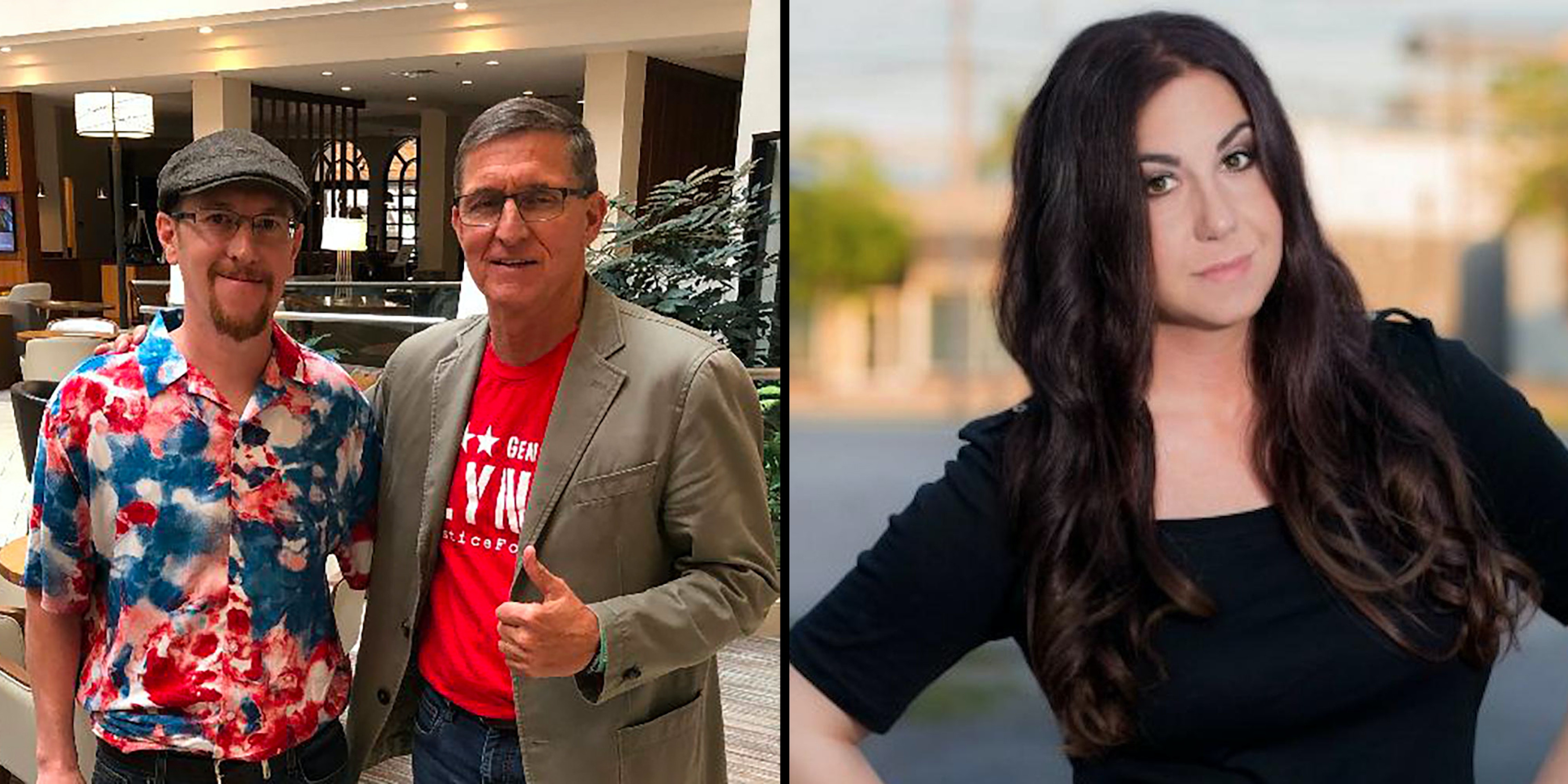 Tracy Beanz and the local GOP also falsely accused him of having a weapon.

A QAnon influencer has settled a defamation case brought by the man she falsely accused of being antifa and bringing a weapon to an event.

She even had to issue an apology on her podcast.

Last year, the Daily Dot reported on Matthew McDaniel’s lawsuit against Tracy “Beanz” Diaz, the local Republican party, and several others after he was allegedly assaulted at a South Carolina event headlined by QAnon hero Mike Flynn. Following the incident, the Republican party spread claims that McDaniel was an armed member of antifa who intended to harm Flynn.

McDaniel maintains that all he did was insult Flynn verbally and that he was assaulted at the event.

Video shows that a few minutes after Flynn spoke, McDaniel walked up to the microphone and said, “General Flynn is the biggest scumbag traitor in the history of this country next to Donald Trump.”

After McDaniel insulted Flynn, videos showed multiple men rapidly apprehending and throwing him out of the facility.

Both the video and the police report discredited the claim that McDaniel was armed, and there’s no evidence that he’s involved with antifascists. But Diaz and the Horry County Republican Party (HCGOP) persisted in making these allegations.

McDaniel recently told the Daily Dot that a sense of duty to his country compelled him to speak out that day.

“His lies are extremely dangerous and have gotten many people killed and have helped put our country on a path to civil war,” McDaniel said of Flynn. “In his speech, he mentions stolen elections and anti-vax sentiment among other lies. These lies are dangerous because people are acting on those lies which have had grave consequences for our country and for our community.”

Following the incident, HCGOP released a statement on its website and Facebook page claiming that McDaniel had a weapon, infiltrated the event, identified himself as antifa, and was a threat to Flynn.

On her podcast, Diaz referred to McDaniel as a “potential killer” and claimed he had “some kind of weapon.”

McDaniel sued the HCGOP, Diaz, and several others for defamation.

“I filed the lawsuit to restore my reputation, but I also did it to hopefully teach them a lesson so that they wouldn’t do it again to someone else,” McDaniel told the Daily Dot.

He said that he’s been threatened, harassed, and lost friends over their accusations.

The legal entanglement contributed to chaos in the HCGOP. In September, the Daily Dot reported that Diaz and other top-ranking members of the party resigned. In her resignation speech, Diaz, who now claims she isn’t a QAnon influencer, said that she’d spent much of her time in office fighting other Republicans.

Diaz and the HCGOP recently agreed to settle with McDaniel. The settlement required both to publicly apologize. He did not receive any financial compensation from either.

McDaniel said the other parties to the suit, some of whom he’s suing for assault and battery, haven’t settled.

Under the terms of the settlement, the HCGOP posted the following statement on its website, “The HCGOP and its leadership respectfully apologize to Mr. McDaniel for the previous statements that were made about him with regards to an incident that took place last year at the ‘Rock the Red’ event in Greenville, SC.”

“After viewing the police report, we believe Mr. McDaniel did not possess a weapon or mention anything about antifa. We regret those remarks and apologize to anyone who may have taken those remarks as factual.”

Diaz was required to make the same statement on her podcast.

“We’ve been right about everything this entire time. We have not been wrong about a single thing. Every single piece of reporting we have published has been 100% spot on,” she said before admitting that she had been wrong about McDaniel.

She still has an active fundraiser for legal fees on GiveSendGo. It shows that she’s raised nearly $29,000 of her $40,000 goal.

The episode of her podcast in which she apologized to McDaniel includes a link to the fundraiser.

In addition to his pending cases against other parties to the suit, McDaniel is still facing criminal charges of disorderly conduct arising from the incident. He’s pled not guilty and the case is set to go to a jury trial.