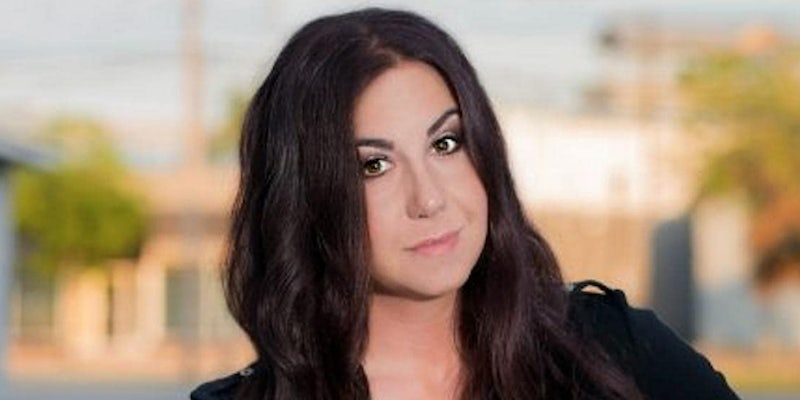 'Way to get them RINO b*tches.'

Last night, early QAnon proponent Tracy “Beanz” Diaz resigned from her position with the Horry County, South Carolina Republican Party. Diaz was among the five top-ranking members of the local party, all of whom resigned last night. Their resignations are effective Sept. 30. The party hasn’t announced when it will elect a new leadership team.

As the Daily Dot reported last year, Diaz was swept into office amid a nationwide effort among QAnon conspiracy theorists to seize control of Republican politics. South Carolina quickly emerged as a stronghold of political power for QAnon followers, who believe the world is controlled by a cabal of Satanists who rape and eat children.

Though they had some early success, conspiracists lost other races around the state.

The resignation of Diaz, who has more recently claimed she isn’t a QAnon influencer, may indicate that the conspiracy theorists’ grip on power in South Carolina is slipping.

No one from the Horry County GOP (HCGOP) leadership team, including Diaz, responded to requests for comment sent via email Tuesday morning.

Diaz’s time with the HCGOP was plagued by drama, including infighting and a lawsuit against it by a local man who said he was assaulted at a QAnon event. At the time the HCGOP told the Daily Dot his allegations were “frivolous.”

Diaz alluded to the chaos in her resignation speech. The Sun News reports that Diaz said, “I’ve been fighting for two years. And do you know who I’ve never fought once in the full two years I’ve been doing this? A Democrat.”

“I’ve only been arguing and fighting with Republicans and I think that’s really, really telling.”

“I’m going to make it very easy for everyone. Effective Sept. 30, I resign,” Diaz added.

The crowd reacted by spontaneously breaking out into applause and cheers.

“I say good riddance,” one commented on a video of Diaz’s resignation speech.

Another person posted a clip of Diaz previously claiming that they’d taken control of the South Carolina GOP and “kicked out the RINO bitches.” (RINO stands for “Republican in name only.”)

During Diaz’s time in office, the HCGOP increasingly came under fire both internally and from Republican leaders in South Carolina.

Last week, the state GOP reportedly adopted a condemnation blasting Diaz and another member of the HCGOP leadership team, who also resigned.

All five resigned during a contentious meeting where much of the conversation centered on the still pending lawsuit. In his resignation speech, another member of the leadership team also referenced opposition from the state party and local party members.

Other leaders of the HCGOP also mentioned internal pressure from members unhappy with the direction they were taking the party.

Even as she resigned, Diaz indicated that she isn’t giving up.

“We have a plan and it doesn’t include the likes of people like that,” she said, pointing at an unidentified member of the audience.