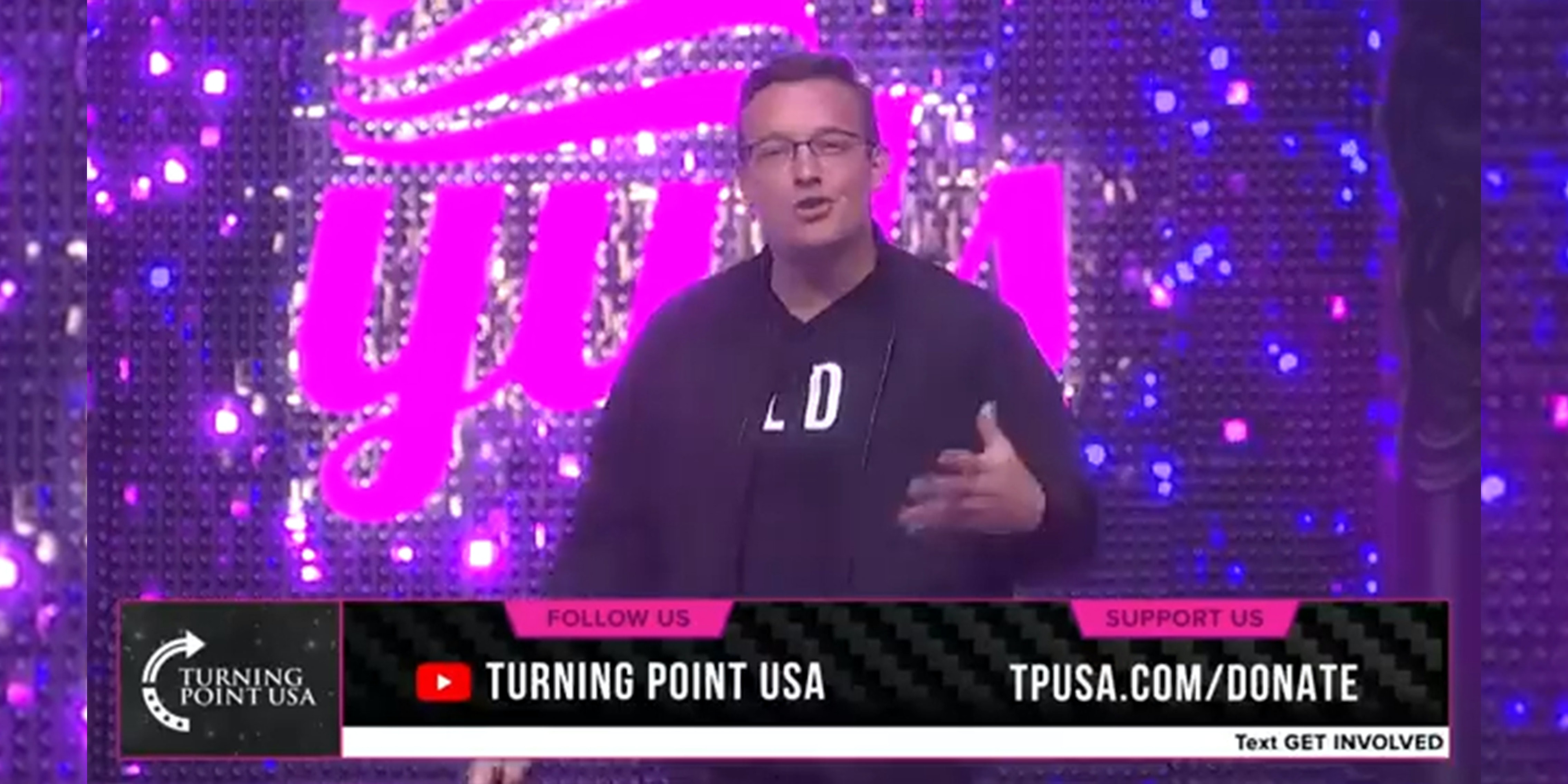 'Just like having that sweet bite of ice cream or a slice of pizza, you can't just stop at one.'

Turning Point USA held its Young Women’s Leadership Summit over the weekend. The event appears to have been designed to convince their high school- and college-aged audience to become subservient, Christian mothers as soon as possible.

Or, as Benny Johnson put it, “keep having babies” to make “more Americans.”

Madeline Peltz of Media Matters for America reported on the conference, which promised “first-class activism and leadership training” for “cuteservatives.”

The best way for women to be activist leaders, the group says, is by wedding and bedding someone who tells them what to do.

Charlie Kirk, founder of Turning Point USA (TP USA), told them to seek a “protector and a leader.”

Former TP USA pundit Candace Owens said that motherhood is their “superpower” and they should “let men lead.”

Speaker after speaker hammered on this point, urging the young women to find a “dude-servative” to put a ring on their finger and a bun in the oven, Peltz reported.

Benny Johnson’s version of this advice turned the most heads. Giving birth, Johnson posited, is like “having that sweet bite of ice cream or a slice of pizza.”

“You gotta keep having babies. I say this to all you out there, more Americans! More babies! Let’s go. Greatest country in the world. Let’s have more Americans.”

Johnson’s speech and the overall tone of the conference gave many people the creeps. Several suggested that TP USA wants to revert back to the time when women didn’t have the freedom to choose a life other than being heterosexual Christian wives and mothers.

Another said that girls as young as 15 were invited to the conference.

TP USA’s website notes that “Thousands of female student activists” as young as 15 were allowed to attend. On its website, TP USA specifically sells tickets geared toward “minors”

“I thought liberals were supposed to be the ones doing all the grooming?” commented @T3X2CO.

“Think it should be noted that when he says Americans,’ he probably means ‘white kids,'” wrote one.

“Like the racism isn’t explicitly stated but you know it’s implied.”

TP USA did not immediately respond to a request for comment.