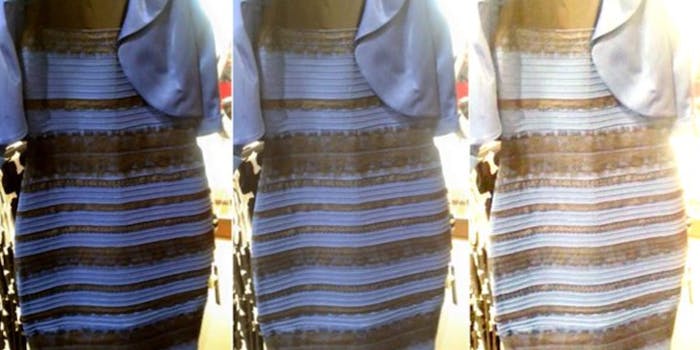 From #BlackLivesMatter to #TheDress.

Wednesday marks the 10th anniversary of the #, and we’re going to celebrate its birthday by highlighting some of social media’s most memorable trends.

But before we do, let’s remind you of where it all started. Here’s the tweet that turned “#” from the number sign into a hashtag.

how do you feel about using # (pound) for groups. As in #barcamp [msg]?

Now then, here are 10 hashtags that rocked the internet.

This campaign started on social media and quickly turned into one of the most powerful civil rights movements of this generation.

It was created in response to George Zimmerman’s acquittal in the murder trial of Trayvon Martin, and it resurfaced after a grand jury didn’t indict police officers Darren Wilson and Daniel Pantaleo for killing Michael Brown and Eric Garner, respectively. The hashtag, first used in 2013, gave rise to Black Lives Matter, a recognized international activist organization.

Inspired by Pete Frates, who is suffering from amyotrophic lateral sclerosis (ALS, or Lou Gehrig’s Disease), the Ice Bucket Challenge proved an internet craze could make a tangible difference. The rules were simple: Dump a bucket of ice water on your head, donate to ALS within 24 hours of being called on, and pass it on.

Everyone joined in, from athletes to movie stars to politicians. Soon after the #IceBucketChallenge died down, scientists made two groundbreaking discoveries.

These hashtags spread as a way for people to show respect following a series of violent attacks throughout France.

People around the world later used #JeSuisParis (Je Suis means “I am”) to support Paris after the devastating November 2015 attacks.

Created to spread awareness of the 276 missing schoolgirls kidnapped by Boko Haram in Nigeria, the #BringBackOurGirls campaign was boosted by a simple tweet from former first lady Michelle Obama.

Our prayers are with the missing Nigerian girls and their families. It's time to #BringBackOurGirls. -mo pic.twitter.com/glDKDotJRt

Dozens of girls escaped or were freed in the years following. More than 100 girls are still missing.

One of the top hashtags of 2015, #LoveWins spread to show support for same-sex marriage after the Supreme Court ruled that the Constitution guaranteed gay couples the right to marry.

A historic moment and step forward for equality in America. #LoveWins

Twitter showed its support by adding a rainbow emoji to tweets that included the hashtag. It was even used by tech giants like Microsoft CEO Satya Nadella.

It started with a star-studded picture shared by prominent actress Ellen DeGeneres and immediately became the talking point of everyone’s post-2014 Oscars coverage.

A few of the beautiful people in the picture include Bradley Cooper, Brad Pitt, Julia Roberts, and Lupita Nyong’o. Ellen quickly beat out President Obama for the most popular tweet of all time, gaining 800,000 retweets in just 35 minutes. A guy trying to get some Wendy’s nuggs eventually overtook Ellen’s tweet, because that’s how the internet works.

This optical illusion made the world stand still. It’s a photo of a blue and black dress for some people, and unquestionably, a white and gold dress for others at the same time. How is that possible?

One of our favourite #️⃣ is #thedress. It was something that divided a nation and caused uproar in offices around the world. #Hashtag10 pic.twitter.com/1RMJ0IB9yH

Whatever the case, #TheDress shattered the internet.

The newest on the list, #DeleteUber was a collective effort to punish the ride-hailing company for allegedly interfering in a taxi protest against President Donald Trump’s immigration ban.

The hashtag was picked up by major media outlets and spread quickly throughout Twitter. Uber was forced to create a new system for coping with the exodus. The New York Times reported more than 500,000 deleted their accounts in one week.

Shameless but effective, #FF, or Follow Friday, was used in the early years of Twitter to boost your follower count and get that coveted blue check mark.

The idea is simple: Each Friday you include your favorite accounts in a tweet and throw on the #FF so your followers can check them out. Yes, people were actually really nice on Twitter at one point.

From the great hair gel shortage of '93… #TBT pic.twitter.com/Jml9054OfJ

Another classic, anyone with a social media account should know about #tbt. It originally stood for Throwback Thursday, but it’s now used on any day to show off something that gives you that precious nostalgia hit. Not exclusive to Twitter, this hashtag is a permanent fixture throughout the internet.