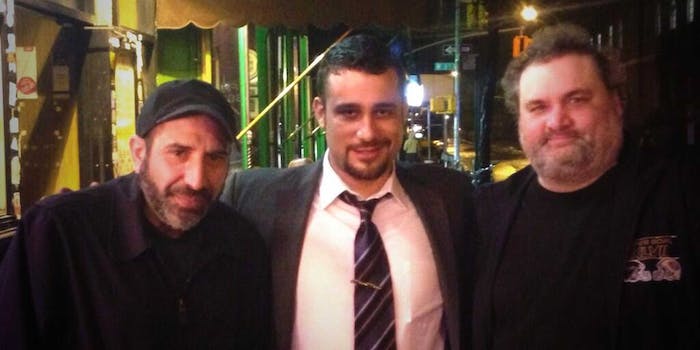 There's something disconcerting about the fact that Robert Zimmerman, Jr.'s keeping tabs on the social media activity of the family of a murder victim.

The older brother of George Zimmerman—the Florida man currently on trial for the murder of 17-year-old Trayvon Martin—has a bizarre connection with the family of the slain teenager. He follows them on Twitter.

Robert Zimmerman, Jr., who goes by @rzimmermanjr on the social media platform, currently follows 754 individuals. Among them are two individuals whose Twitter handles are @SybrinaFulton and @Jahvaris_Martin. Those belong to Sybrina and Jahvaris Fulton, the mother and brother of Trayvon Martin, respectively.

Coincidentally, the Fultons took the stand today to testify in George Zimmerman’s trial.  He is charged with second-degree murder. 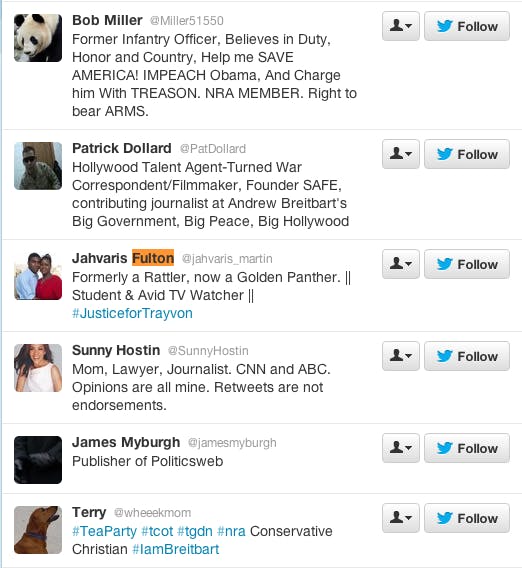 To be clear, Robert Zimmerman, Jr. has not tweeted at either individual. Still, there’s something disconcerting about the fact that he’s keeping tabs on the social media activity of the Fultons.

In addition to the Fultons, Zimmerman follows conservative pundit Ann Coulter, as well as multiple individuals whose Twitter bio includes #tcot, a popular hashtag that stands for “top conservatives on Twitter.”