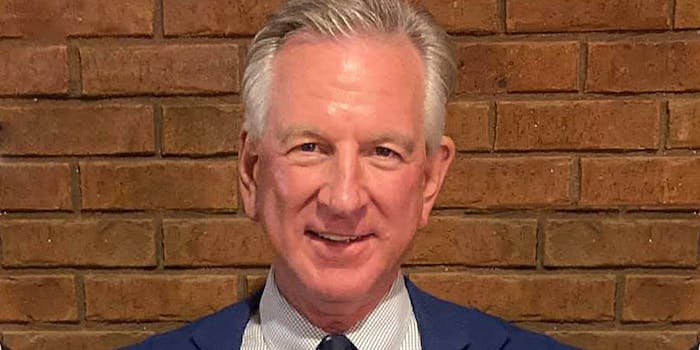 With all the news and drama swirling around the 2020 election, you can be forgiven for missing that Alabama elected a former college football coach as a senator.

After all, former athletes and coaches becoming politicians is nothing out of the ordinary.

Senator-elect Tommy Tuberville (R-Ala.), who used to coach the Auburn Tigers, defeated incumbent Sen. Doug Jones (D-Ala.). Jones bested Roy Moore in a special election three years ago, but being in a deeply red state, he was considered unlikely to win re-election.

Now that Tuberville is officially coming to Washington D.C., people are wondering what kind of senator he might be. And the answer is… not a well-informed one.

In an interview, Tuberville was asked about working with Democrats, and went on to incorrectly list the three branches of government, calling them “the House, the Senate, and the executive.”

It’s the legislative, executive, and judicial.

And as a senator, Tuberville will confirm judges for that branch he missed, which might be something he should brush up on.

He also thought World War II was fought over socialism.

And he thought Al Gore was president-elect.

Tuberville essentially ran on Trumpism—with a section on his website about investigating the people behind the Mueller probe—so it’s not surprising he’s ill-informed.

But if you have hope for him improving over time, do not look at his record as a football coach. He once lost to U-Conn.