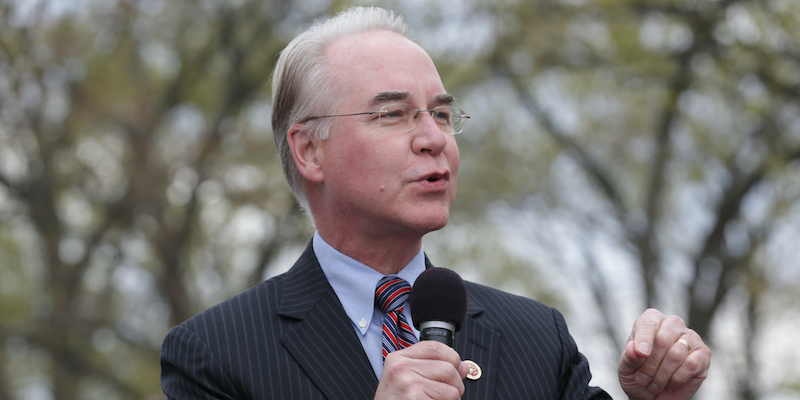 Trump said earlier in the day he didn't like the 'optics' surrounding Price.

Health and Human Services Secretary Tom Price resigned from his post in President Donald Trump‘s administration on Friday amid controversy surrounding the use of a private jet for official business.

Price is embroiled in controversy over the use government-funded private jet trips to visit properties he owns and to visit family in the last several months before doing routine meetings as part of his job. The secretary said he would pay back $51,887.31 to cover the cost of his seat on the chartered flights. However, the 24 flights he has taken are expected to have cost more than $400,000.

On Friday afternoon Trump teased that Price would be resigning, implying that he was not happy with the controversy surrounding his cabinet member.

“Look, I think he’s a very fine person,” Trump said. “I certainly don’t like the optics.”

Trump says there will be an announcement today on Tom Price’s use of privately chartered flights: “I certainly don’t like the optics." pic.twitter.com/xvGA6y4Eyf

Price is the latest in a large number of Trump administration officials to resign since the beginning of his tenure as president. Former White House Press Secretary Sean Spicer resigned from his post in July and was replaced with Anthony Scaramucci, who lasted only a week and a half in the role. Former Chief of Staff Reince Priebus also resigned.