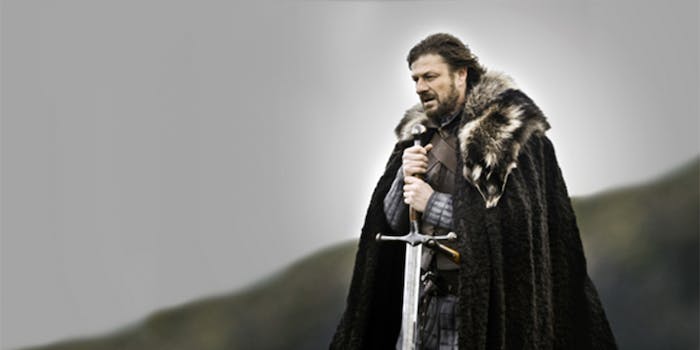 In the wake of Rupert Murdoch's failed attempt to take over Time Warner, CEO Jeff Bewkes got real about HBO Go.

It looks like Time Warner is finally hearing the cries of consumers desperate for an independent streaming option for their favorite HBO shows.

When BTIG analyst Richard Greenfield asked about the potential for Time Warner to compete with other streaming services like Netflix, Hulu, and Amazon Instant Video, Bewkes answered, “I think we could.” He went on to describe the Time Warner model as “trying to be best-in-class.”

In the past, three major obstacles have hampered the success of HBO Go. The first is the lackluster performance of its streaming servers, as fans of Game of Thrones experienced during the April season finale. The second is the lack of variety, since currently all HBO Go offers is content from its own network.

The third and largest obstacle is that HBO Go is only available to cable HBO subscribers. In a world where fewer people are watching TV but more people are demanding Internet-only services, HBO Go has long been criticized for failing to deliver Web-only options for people who don’t want to have to subscribe to a television cable service just to stream content from their computers. A recent Gallup poll revealed that almost 40 percent of respondents owned some form of online-only streaming service.

“[I]t’s very clear there’s big consumer demand for this content,” Bewkes said on the call. He spent time discussing the need to offer content beyond simply what’s available on HBO. Though Time Warner had launched an experimental online-only service in northern Europe, the HBO-only aspect of the service meant it failed to appeal to consumers.

But while Bewkes was quick to say he wanted to “deliver HBO networks” as well as “Turner network and frankly other networks,” he hedged about the specifics on whether the new service would be entirely independent of Time Warner cable services, or whether the model would even be online-only. Bewkes promised that more detail about the company’s growth strategies would be forthcoming at an investor event in the fall. In the meantime, he stated, the company had recruited software developers to help enhance its video-only content.

A major topic of curiosity at Wednesday’s call was Rupert Murdoch’s recently withdrawn offer to buy Time Warner for $80 billion. It was a move as unexpected in the making as it was in the retraction and caused Time Warner’s stocks to rise and then plummet sharply. It also spurred speculation about how formidable a competitor an independent online-only streaming option that offered HBO, Warner Brothers, and 20th Century Fox’s full library of content would have been.

Though Bewkes said he didn’t feel the company was lacking anything, he emphasized the need to expand beyond HBO-only content. “Should offerings be determined for consumers based on what a company owns? That’s not how consumers would program their dial.”

Still, with no word on when, or even if, the rare streaming unicorn will be appearing, you might want to continue sharing your buddy’s HBO Go password—while you still can.