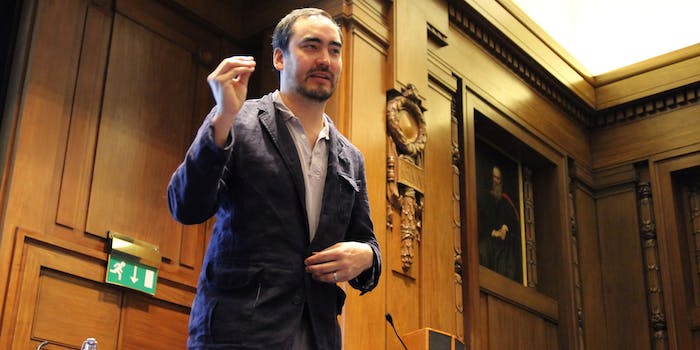 Wu, a Columbia University law professor, is now a Senior Enforcement Counsel and Special Advisor to Schneiderman. He was previously an advisor to the Federal Trade Commission during President Obama‘s first term.

“If I have a life mission, it is to fight bullies,” Wu told the New York Times. “I like standing up for the little guy, and I think that’s what the state A.G.’s office does.”

In a press release issued by Schneiderman’s office, Wu said that he was “looking forward to joining the fight for the consumer and the public’s interest—a never-ending battle to be sure, but one that could hardly be more important than right now.”

Schneiderman is a strong supporter of emerging technologies and the sharing economy. Last year, he sent a letter to the New York City Taxi & Limousine Commission decrying proposed regulations that would limit the activities of ridesharing apps like Uber and Lyft. Hiring Wu gives Schneiderman an influential technology figure to help him parse out the increasingly controversial implications of the sharing economy.

Schneiderman won praise from consumer groups for reaching a deal with Uber to end “surge pricing” during emergencies. “This policy intends to strike the careful balance between the goal of transportation availability with community expectations of affordability during disasters,” Uber CEO Travis Kalanick said in a statement. “Our collaborative solution with Attorney General Schneiderman is a model for technology companies and regulators in local, state and federal government.”

In his office’s statement, Schneiderman said that Wu “provides an unparalleled depth of understanding of the intersection between technology and the law. His expertise in how legal rules can facilitate competition in modern markets is broad and deep, as is his commitment to justice and fairness.”

Wu’s consumer advocacy includes a strong stance against Google over potential search-result tampering, which he compared to the monopolistic behavior by Microsoft that led to a landmark settlement with the Justice Department.