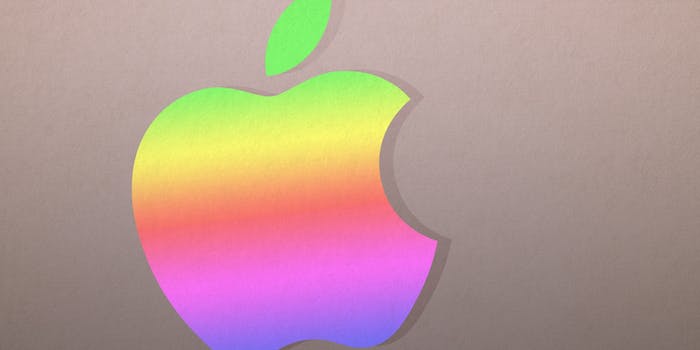 While I have never denied my sexuality, I haven’t publicly acknowledged it either, until now. So let me be clear: I’m proud to be gay, and I consider being gay among the greatest gifts God has given me.

In consideration of the potential good Cook could do as a public figure, I called for the Apple executive to speak publicly about his sexuality in August. As a member of the queer community, I felt frustrated by Cook’s ongoing public silence.

Remarkably, his statement today was lovely, moving, and spot-on, hitting every single note it needed to. Cook’s public declaration serves as a powerful gesture that can’t be overstated and shouldn’t be diminished. Here’s why.

Many in tech’s inner circles already privy to direct knowledge of Cook’s private life may shrug, but his decision to address his sexuality in his own words is extraordinarily powerful. Cook admits that it wasn’t a well-kept secret, nor was it necessarily meant to be: “For years, I’ve been open with many people about my sexual orientation. Plenty of colleagues at Apple know I’m gay.”

Cook acknowledges that this kind of wink-nudge understanding of his personal life sent its own message. “I’ve come to realize that my desire for personal privacy has been holding me back from doing something more important,” Cook writes. “I’ll admit that this wasn’t an easy choice.”

That something is sending a positive message about being yourself to people far beyond his own community. In technology’s myopic bubble-world it felt like everyone was in the know, but the rest of the world is watching too—and that’s who really matters.

In 2007, BP’s CEO John Browne resigned not after his corporation’s infamous 2006 oil spill, but after a British tabloid revealed his relationship with another man. “I internalized that to mean being gay was basically wrong, because if you got caught it would be very dangerous,” Browne told the Guardian, citing potential embarrassment as a reason he kept his sexuality closely guarded.

That was in 2007. It took seven more years for Cook to make history.

Apple is already a strong advocate for workplace nondiscrimination policies around gender identity and sexual orientation, and Cook’s letter drives those corporate gestures home. The company’s diversity report included a statement on sexual orientation which was difficult to reconcile with its chief executive’s not-so-well-kept secret.

States Where @Tim_Cook; Could Be Fired For Being Gay pic.twitter.com/gdX9wcSZ3j<…; Andy Wibbels (@andymatic) October 30, 2014

Apple’s future efforts to lead the corporate world toward fairer practices will be underscored by its chief executive’s own experiences with discrimination. “We’ll continue to fight for our values, and I believe that any CEO of this incredible company, regardless of race, gender, or sexual orientation, would do the same,” Cook writes. “And I will personally continue to advocate for equality for all people until my toes point up.”

It’s worth remembering that Cook is beyond wealthy, cisgender, white, and male. That’s still a lot of privilege these days, and there are many more battles to be won in the war for workplace equality.

Efforts to “out” Tim Cook have ranged from the intentional to the problematically inferential to the downright accidental. Given Cook’s prior reluctance to make a public statement and obvious concern for his own privacy, nearly all of those instances were wildly inappropriate. It’s been the sort of behavior the media usually reserves for Republican congressmen, though in those instances “outing” someone by articulating their identity for them is no less reprehensible.

It’s a relief now that Cook has stated his own identity in a public way, the technology press no longer needs to stumble around his personal life. The only person who had the power to “out” Cook was Cook himself, through his own words. Now let’s accept it gracefully and move on.

Not only did Cook openly identify himself as a member of the LGBTQ community, but he did it for the right reasons. Instead of responding defensively to a media gaffe—like the time CNBC declared Cook gay on air—he focused on the good he might do by disclosing his sexuality with his head held high:

“…If hearing that the CEO of Apple is gay can help someone struggling to come to terms with who he or she is, or bring comfort to anyone who feels alone, or inspire people to insist on their equality, then it’s worth the trade-off with my own privacy.”

Apple stock may have taken a small dip today, but our respect for the most powerful person in Silicon Valley just soared.