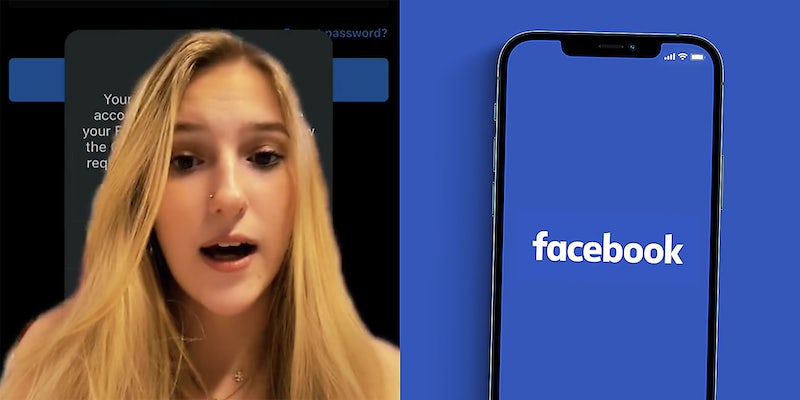 A TikToker who claims to have had her Facebook account hacked has gone viral after detailing the arduous steps users must take to get their accounts restored. Yet despite her efforts, @eve.victoriaa still hasn’t regained access.

In footage posted earlier this month, @eve.victoriaa revealed how she began receiving text messages from her family in January after her Facebook account began sharing lewd videos. By the time @eve.victoriaa had read the messages, her account had seemingly been deleted altogether.

In an attempt to regain access, @eve.victoriaa sent Facebook two emails explaining the situation. After providing a copy of her ID in order to prove her identity, @eve.victoriaa says she didn’t receive a reply.

In an update video several days later, @eve.vicrotiaa said that she had still not regained access to her accounts despite sending even more emails to Facebook.

The comment section on her videos were filled with other users who likewise claimed to have experienced similar issues with Facebook.

Another user claimed that she had to email Instagram 70 times before she finally received a response.

In comments to the Daily Dot on Wednesday, @eve.victoriaa, whose video has since been seen more than 2.5 million times, revealed that she has still not been able to get back into her Facebook and Instagram accounts. She also said she has created new accounts given that her original profiles may never be restored.

“Honestly, the biggest thing that stuck out to me after my TikTok went viral was the flood of comments from people in similar situations,” she said. “I was disappointed to find out that it wasn’t just me; so many others have lost precious photos, memories, and accounts because of a company’s failure to prioritize supporting their consumers.”

The Daily Dot reached out to Facebook to inquire about the issue but did not hear back.