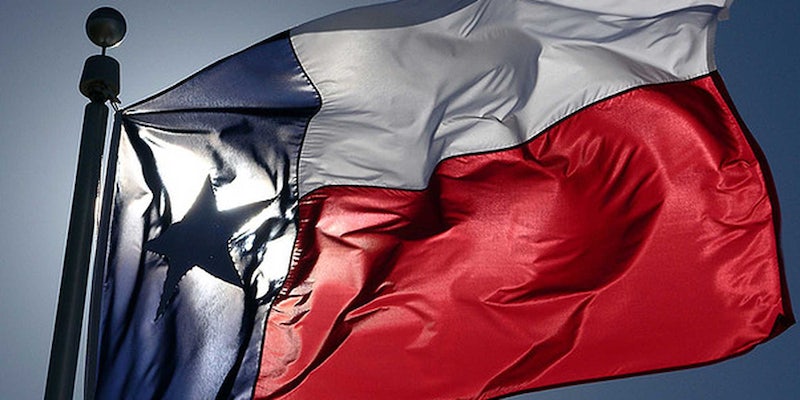 11 Texas legislators have some suspicious edits on their Wikipedia pages

They say everything's bigger in Texas. But if you read that on Wikipedia, you might want to check your sources.

They say everything’s bigger in Texas. But if you read that on Wikipedia, you might want to check your sources.

A recent investigation by the Dallas Morning News has discovered that at least 11 members of Congress from the Lone Star State have had their Wikipedia pages “substantially” altered from computers inside the capitol. It’s impossible to know the exact persons behind these edits, but it’s a safe bet the positive, image-shaping modifications are a conflict of interest under the online encyclopedia’s rigid ethical guidelines.

Among the major changes uncovered by the Dallas newspaper, an entire section removed from the page of Rep. Beto O’Rourke, related to ethics complaints filed against the Democrat during his time as an El Paso City Council member. The complaints were ultimately dismissed, but the section about them on O’Rourke’s Wikipedia page vanished in September, with the edit having been made from a House computer. The Congressman’s chief of staff denied having any knowledge of who made the changes.

The page of another prominent Texas Congressman, GOP Rep. Louie Gohmert, has been the subject of a back-and-forth between Wikipedia editors. A house-linked computer has attempted several times to remove information related to a disagreement between Gohmert and the late Rep. John Murtha, D-Pa. Other editors have repeatedly added the information back to the article, but at present, only a link to a video about the disagreement remains at the bottom of the page.

Though these changes can be geographically pinpointed to inside Congress, there is no way to tell who exactly made the changes and whether or not they directly work for the subjects of the articles. The Dallas Morning News assumes, however, that these changes are the result of people working directly for or with the legislators in question.

This would be a major no-no by Wikipedia standards. The site’s rules strictly forbid editors from making contributions about their employers. Other guidelines against conflicts-of-interest would bar other people who personally know these representatives from editing pages about them.

However, these policies are difficult to enforce. With no central authority policing the massive online compendium of knowledge, it’s up to other editors and administrators to enforce conflict of interest rules. That means biased changes can exist for an extended period of time if other Wikipedians don’t notice.

It’s hard to avoid editors with an image-bolstering agenda. Though its ethical standards strive to make Wikipedia a reliable and unbiased informational resource, its prominence as the sixth most visited website in the world makes it a valuable piece of digital real estate for image makers and PR gurus.

Some have even tried to legitimize turning Wikipedia into a PR resource. Tony Ahn & Co., a marketing firm based out of the Phillippines offers to provide Wikipedia pages for clients as part of its services. Ahn manages to walk an ethical fine line by not publishing the articles himself, instead having independent, unpaid editors review and post articles that meet the site’s standards. It’s a practice condemned by many, including Wikipedia cofounder Jimmy Wales, as a violation of the spirit of the rules, if not the letter.