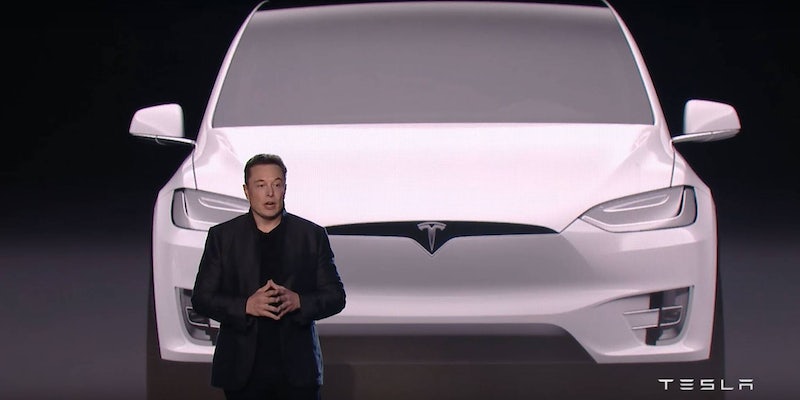 Musk's aspirations are only growing.

When Elon Musk is done launching new Tesla cars, flying rockets into space, and digging tunnels, he’ll finally have time to create the electric semi-truck he first mentioned in the company’s master plan— way back in July.

In addition to consumer vehicles, there are two other types of electric vehicle needed: heavy-duty trucks and high passenger-density urban transport. Both are in the early stages of development at Tesla and should be ready for unveiling next year. We believe the Tesla Semi will deliver a substantial reduction in the cost of cargo transport, while increasing safety and making it really fun to operate.

Yes, but Model 3 is the overwhelming priority

An electric—and eventually autonomous—long-haul truck has a number of potential benefits, like allowing truck drivers to catch some rest while the vehicle drives itself, and allowing them to communicate with family members on a long outing. A central dashboard could also be used to gather data and identify spare capacity on particular destinations to suggest consolidating and optimizing routes.

But those holding out for a heavy-duty truck will have to wait until everything surrounding the Tesla Model 3 starts dying down. Musk says the budget-friendly consumer vehicle is the company’s overwhelming priority.