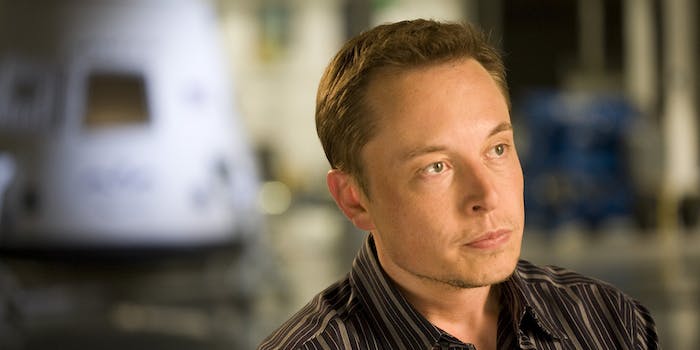 Elon Musk, frustrated by sitting in traffic, decides to start a new company

He finds inspiration in the best places.

Elon Musk is just like us. Except a little different.

Case in point: The founder of Tesla and Space X found himself frustrated Saturday because he was sitting in traffic. Could be you or me, right? Except—and this is where Musk is a little different—he decided to do something about it.

It shall be called "The Boring Company"

Boring, it's what we do

OK, so Musk is probably kidding, right? After all, boring into the ground sounds like a huge project that would take many years and way too much money. Besides, he’s trying to get to Mars with SpaceX and trying to give us all electric cars with Tesla. He doesn’t have time for this. He’s probably not serious. Right? Right?

I am actually going to do this