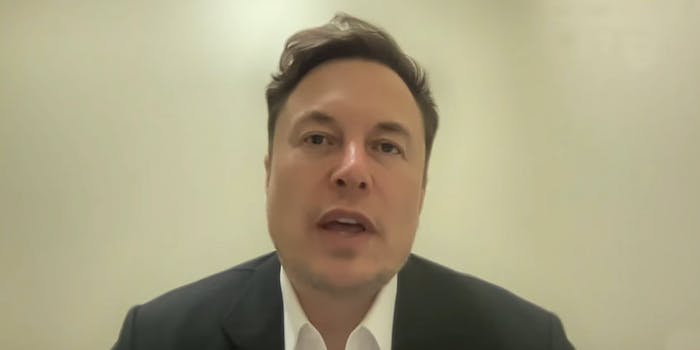 The employees—who were terminated from Tesla’s Giga factory plant in Sparks, Nevada—accused the company of violating the Worker Adjustment and Retraining Notification Act, saying the company did not provide the required 60 days advance written notice for termination. The lawsuit, filed on Sunday, seeks to classify all former Tesla employees who were not given the legally required notice or were terminated as part of a mass layoff or plant closing in May or June as class actors.

The workers, identified in the lawsuit as John Lynch and Daxton Hartsfield, said they were let go in mid-June along with 500 other employees from their plant. The pair said the short notice layoffs had a “devastating economic impact” on the terminated employees. According to the suit, filed in the U.S. District Court for the Western District of Texas, Tesla offered some employees one week of severance.

The layoffs were instituted by CEO Elon Musk, who said in a June 2 internal email that he had a “super bad feeling” about the economy and that the company needed to lay off about 10 percent of its workforce, according to Reuters.

Musk said today that this number was revised to three percent while speaking to Bloomberg Editor-in-Chief John Micklethwait at the Qatar Economic Forum in Doha, Qatar. Meaning Musk was hit with a labor rights suit just days before speaking on behalf of a country that has its own disturbing history of labor rights.

According to Human Rights Watch, Qatar’s labor force is made up almost exclusively of migrant workers, which have next to no protection in the country. Qatar’s kafala—or sponsorship—system gives employers exorbitant power over workers, which includes “the power to prevent them from changing jobs, escaping abusive labor situations, and, for some workers, leaving the country.

A bulk of the abuse has come after Qatar was awarded the 2022 World Cup by FIFA in 2010. According to a number of studies, over 6,000 migrant workers have died while working in Qatar to build stadiums for the World Cup.

Musk, in speaking virtually to the forum, said that while salaried employees will still be cut by 10 percent, that will only result in a three percent reduction after Tesla hires more hourly staff.

In the interview, Musk said his deal to takeover Twitter was still in the works, after saying last month that the deal was “on hold.”

“​There is the question of, will the debt portion of the round come together and then will the shareholders vote in favor,” Musk said. Twitter’s board today voted in favor of the takeover.

Musk also spoke about the U.S. economy, saying it was “more likely than not” that there will be a recession in the near future.