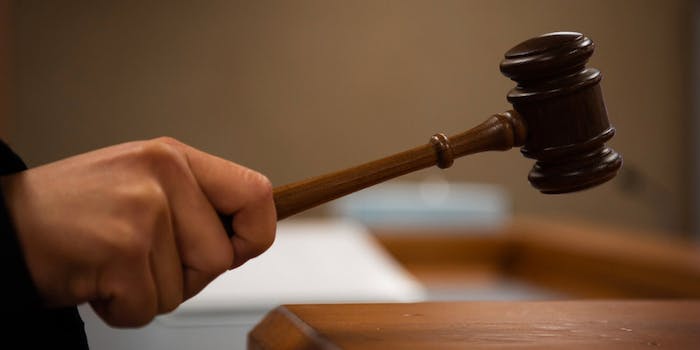 A lawsuit has been filed by a tenant who claimed last week that his property manager illegally tracked his stimulus check.

The tenant, 22-year-old Austin Goodrich, announced the lawsuit on Wednesday after the property manager allegedly used Goodrich’s social security number (SSN) to log into the IRS website for checking the status of payments.

The property manager is said to have checked the status of the check in order to question whether Goodrich would be using it to pay rent.

“I have at the advice of my attorney filed a lawsuit against the property manager and the landlord,” Goodrich tweeted.

In the exchange, Goodrich says the property manager admitted to not only accessing the IRS website with his SSN, address, and birthdate, but with the personal information of other tenants as well.

“I had to check several people today and checked yours also,” the text reads.

Accessing the IRS website with another individual’s personal information, which landlords would have access to, is illegal. A warning on the IRS “Get My Payment” site even warns users not to misuse the system before logging in.

“Unauthorized use of this system is prohibited and subject to criminal and civil penalties,” the page reads, before asking users to agree to the site’s terms of service.

Speaking with the Daily Dot, Goodrich says that he told his landlord and property manager that he would be filing a lawsuit unless they were willing to accept an “amicable settlement arrangement.”

The arrangement called for Goodrich to have both his rent waived for the remainder of his lease and past due payments. Goodrich also demanded a return of his security deposit and “excellent renters recommendations.”

But neither party, Goodrich stated, responded to his request.

“I have not heard anything after delivering the amicable settlement from the property manager or landlord,” Goodrich said.

One of Goodrich’s lawyers, Michael Fuller, told Oregon Live that one of the lawsuit’s goals is to send a message to other renters who may be faced with similar abuses.

“One of the reasons we filed this is to send a message that tenants and vulnerable people are not going to be bullied during this crisis,” Fuller said. “That appears to be what happened here. Not only do I hope that the jury allows fair compensation for my client, but I hope that sends a strong message to other landlords and debt collectors that tenants are not going to be bullied.”