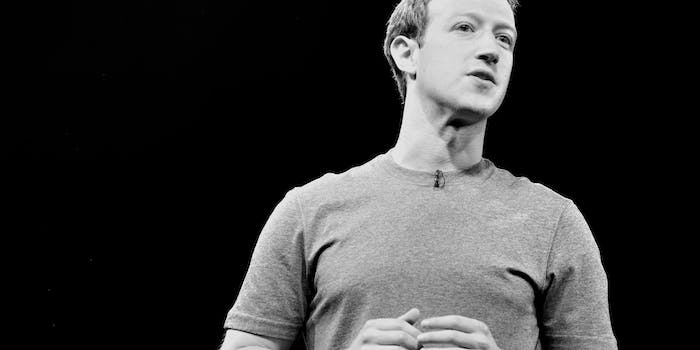 Catch it at 5am CT this Sunday.

Mark Zuckerberg, you may want to change your Facebook password and reset your security questions. A Taiwanese hacker plans to hack into the Facebook founder’s page on Sunday and delete it, and he plans to livestream the event on Facebook, too.

24-year-old white hat hacker Chang Chi-yuan posted his challenge on Facebook on Wednesday after scheduling a livestream called “ZUCC’D or $7’D.” Chi-yuan, who has over 26,000 followers and his a popular figure in Taiwan, scheduled the livestream for 5am CT, Sept. 30, or approximately 6pm local time.

“Broadcasting the deletion of FB founder Zuck’s account,” Chi-yuan posted, according to a translation provided by Bloomberg. “Scheduled to go live.”

Chi-yuan may be threatening the Facebook page for one of the most powerful people on the planet, but he doesn’t “want to be a proper hacker,” Bloomberg reports. Instead, he’s simply “bored” and hacks companies to earn some money on the side from their bug hunting commission programs. In the past, he’s helped Line Corporation by reporting bugs during the LINE Security Bug Bounty Program, a role that led to him being listed as a special contributor for the initiative. He also found a way to hack into a local bus system and buy a ticket for just one Taiwanese dollar, The Verge reports.

In the meantime, Zuckerberg may want to enhance security for his own account. When the Facebook CEO was hacked in 2016, one person who compromised his social media accounts claimed that he used the password “dadada” across several websites, Vanity Fair reports. Hopefully, Zuckerberg has found another password in the past two years. Otherwise, Chi-yuan is about to host a pretty short livestream.