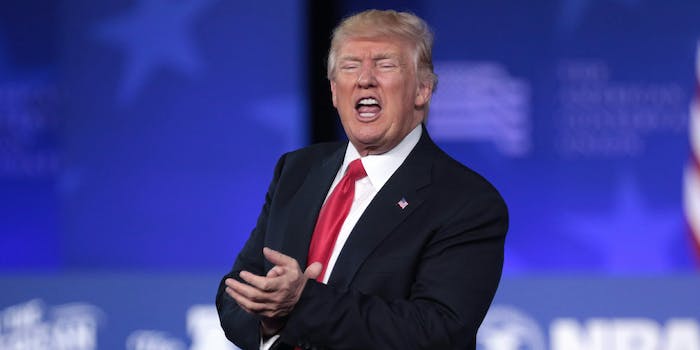 Trump announced his intention for the US to back out of the deal in April.

Syria will join the landmark Paris Climate Accord, making the United States the only country in the world to not take part in the deal.

The announcement that Syria would join the global climate deal was announced on Tuesday in Germany. Nicaragua agreed to it last month, according to the Associated Press.

The accord aims to limit global temperature increases to 1.5 degrees C above pre-industrial levels, reduce the production of greenhouse gasses, and create a $100 billion-per-year fund to handle the effects of climate change.

In September, reports surfaced that the Trump administration might reverse its decision, but the notion was quickly denied by the White House.

“As the president has made abundantly clear, the United States is withdrawing unless we can re-enter on terms that are more favorable to our country,” Deputy Press Secretary Lindsay Walter said at the time.

Trump’s decision has sparked movement from Americans, a majority of whom support the global climate agreement, according to an ABC News/Washington Post poll from June.