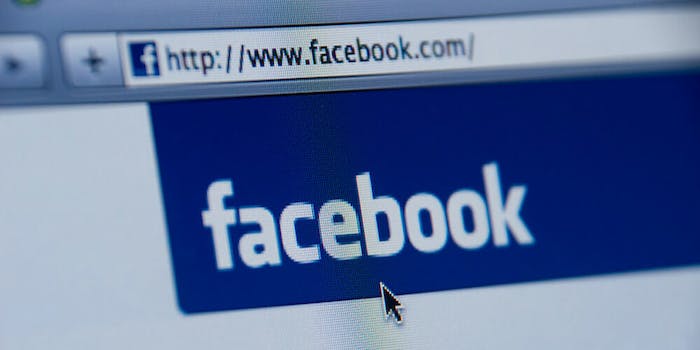 A new study claims that people’s Facebook statuses can be used to determine whether they suffer from certain diseases.

Carried out by researchers from the University of Pennsylvania, the peer-reviewed study analyzed status updates that contained more than 500 words from 999 individuals.

“Over two billion people regularly share information about their daily lives over social media, often revealing who they are, including their sentiments, personality, demographics, and population behavior,” the study states. “Because such content is constantly being created outside the context of health care systems and clinical studies, it can reveal disease markers in patients’ daily lives that are otherwise invisible to clinicians and medical researchers.”

Ranging from March 2009 through October 2015, the 950,00 Facebook posts, which totaled over 200 million words, helped the researchers predict whether an individual had health issues such as diabetes, anxiety, depression, and psychoses.

Repeated use of the words “drink,” “drunk,” and “bottle” helped predict alcohol abuse while the words “pain,” “crying,” and “tears” were linked to issues such as depression. The study even claims that those who used the words “god,” “family,” and “pray” were often found to have diabetes.

The study is not without its limitations. Researchers noted that 76% of participants were female while 71% were African-American and therefore “not representative of the general population.” The study also relied on just one social media site, Facebook; incorporating status updates from other social networks like Instagram and Twitter could lead to different conclusions.

This research is not the first to infer a link between Facebook user activity and personal traits. In 2013, researchers said they could predict a user’s race, IQ, sexuality, and political views based only on their Likes. For example, the study alleged that users who Liked Harley Davidson motorcycles and actor Tyler Perry were more likely to have a lower IQ.