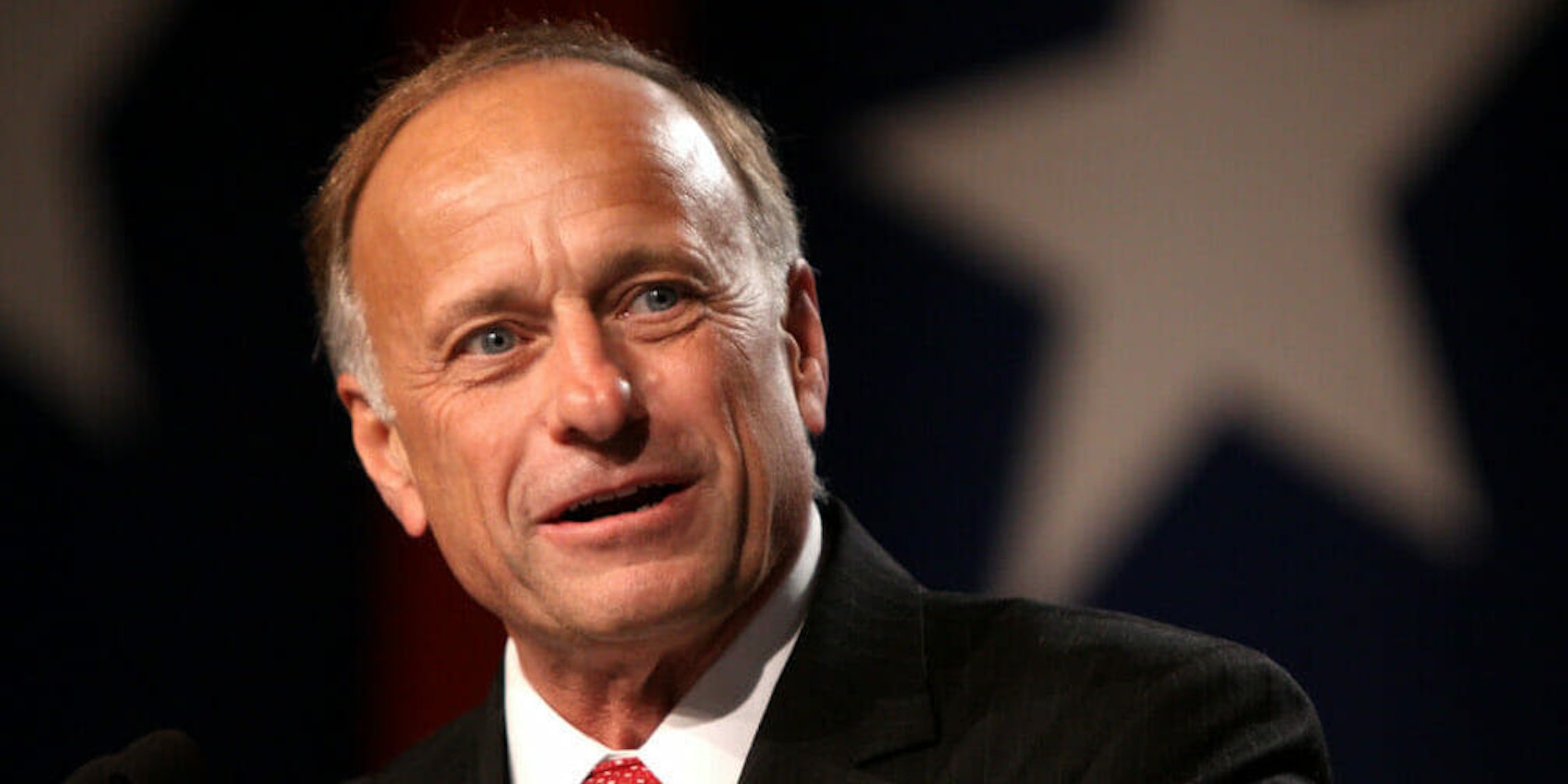 At a town hall meeting in Cherokee, Iowa on Tuesday, Republican Rep. Steve King compared himself to Jesus Christ, according to the Sioux City Journal.

King, who represents Iowa’s 4th district, told a crowd of about 30, “For all that I’ve been through — and it seems even strange for me to say it—but I am at a certain peace, and it is because of a lot of prayers for me.”

“And, when I have to step down to the floor of the House of Representatives, and look up at those 400-and-some accusers, you know we just passed through Easter and Christ’s passion, and I have better insight into what He went through for us partly because of that experience.”

King was stripped of his committee assignments in January of this year. He has a history of making racist and white supremacist statements, but the tipping point came when King told the New York Times, “White nationalist, white supremacist, Western civilization—how did that language become offensive?”

King was addressing comments from the Rev. Pinky Person, who said, “My concern is how Christianity is really being persecuted. It is starting right here in the United States.”

King made the comments just after many Christians celebrated the Easter holiday and the crucifixion and resurrection of Jesus Christ.

In February, King asked a crowd assembled at a town hall to pray that House Minority Leader Kevin McCarthy (R-Calif.) restore his committee assignments. King claimed he was misquoted in the Times, and said McCarthy needed to “separate his ego from this issue and look at it objectively.”