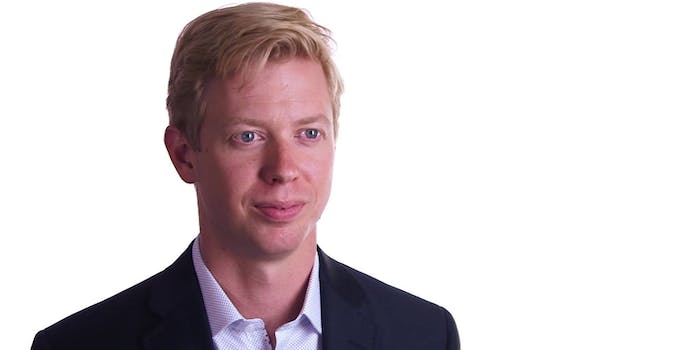 Screengrab via The Wall Street Journal/YouTube

This was not OK.

Many in the Reddit community are currently dealing with a trust and confidence crisis, after it was revealed this week that the company’s CEO, Steve Huffman, secretly edited user comments on the site. Huffman’s actions are widely viewed as a contravention of the site’s basic norms, its procedures for handling harassing or abusive posts, and its reputation as a haven for free discourse.

In perhaps the least surprising aspect of the whole story, the controversy all got started regarding posts on the r/The_Donald subreddit. The Donald was one of the most popular online destinations for Trump supporters throughout the 2016 election season—for some perspective, phrases like “God Emperor Trump” are not unusual there. It’s also a forum that’s been plagued with harassing and verbally abusive posts, including ones directed toward Huffman.

As he’s now admitted, he stealth-edited some of those attacks, altering them so it looked like the vulgar insults were being hurled at Trump supporters rather than him.

The fact that he did this was laid bare by Slack logs, leaked by a moderator who was furious with Huffman after he admitted to making the edits. Huffman, according to the Washington Post, has confirmed their authenticity. To hear him tell it, he didn’t intend for them to be permanent. Instead, he planned all along for the changes to be temporary, seemingly as a way to blow off steam about the frequency and character of some of the attacks from pro-Trump redditors that have recently been heading his way.

Reddit shut down a forum dedicated to the conspiracy theory #Pizzagate, which intertwines anti-Hillary Clinton conspiracy theories with the notion that a New York pizzeria is a child sex trafficking hub. It’s by all observable merits a completely baseless theory, and one that’s caused massive strife to the owner of the pizzeria in question. The r/pizzagate subreddit also ended up releasing the personal information of some it believed were involved, a practice known as “doxing” that Reddit’s content policy forbids.

On the strength of that doxing, r/pizzagate was banned. Which probably explains why Huffman, in a thread admitting to making the edits, noted that he’d been “getting called a pedophile constantly.” That’s part of what had angered him to the point of wanting to, as he told the Post, “give the bullies a hard time.”

With Huffman having fessed up and apologized for his actions, it might seem like an unremarkable event. But the fallout in Reddit’s relationship with its community—which tends to be highly motivated on issues of free speech and censorship—is considerable and serious.

And that’s not even mentioning the pro-Trump wing of the site, which is understandably (if not very sympathetically) outraged. Regardless of the nature of Huffman’s motivations or how silly the changes may have been, the potential of a CEO getting angry and stealth-editing comments to deflect attacks off of him and onto other users or moderators is undeniably a big breach of basic trust.

In fact, it’s a breach of trust that feeds perfectly into the longstanding criticisms, theories, and complaints of the very people Huffman was trying to taunt. A preoccupation with censorship and the potential for tricks played on right-wing subreddits was already strong on r/The_Donald, where the presence of any pro-Clinton opinion is often brushed aside as coming from “paid CTR shills”—CTR refers to the Clinton campaign’s messaging Super PAC, Correct The Record, which did indeed have a budget for social media engagement.

In short, Huffman seems to have fed perfectly into the preexisting narratives that some of his most tormenting critics have been advancing all along. And when you consider how trifling an act of retribution it ultimately was, this has to go down as a devastating own-goal.