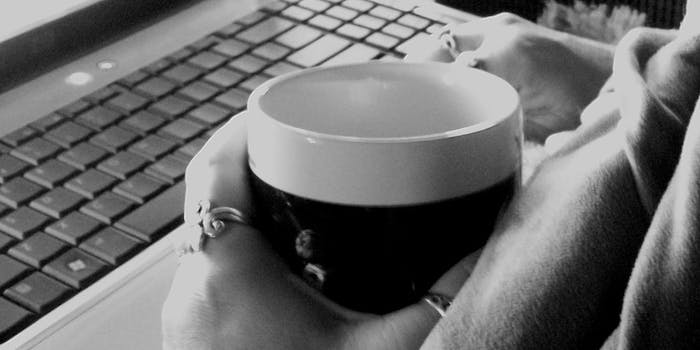 Starbucks turns Twitter into the caffeine delivery system of the future

Just reply to @tweetacoffee to send a latte to anyone on Twitter.

Remember when we used to worry that one day there’d be a Starbucks on every street corner?

The time has come. Prepare yourselves for the impending coffeepocalypse. As of this morning, every spot in the world is potentially a Starbucks counter—if you have Twitter, that is.

The coffee chain has launched @tweetacoffee, a new form of digital gift card that allows you to send coffee via Twitter. While you’ve been able to add money virtually to your Starbucks account for a while, now you can go one further and send coffee to your friends or favorite Twitter celebrities with a single tweet.

After signing up through the Starbucks website to participate in the program, just reply to @tweetacoffee with the Twitter username of the person you want to medium roast with affection. They get a $5 gift certificate, and, presumably, a grande helping of corporate-engineered warm fuzzies.

“@Tweetacoffee: Now sharing the gift of @Starbucks is as easy as sending a Tweet.” @KaraHazelTIU our prayers have been answered!

Should we be worried that this is the inevitable next step to Starbucks’ plans for world domination? Probably. After all, they’ve already got cats on their side, and with Twitter under their thumb—just look at that verified account—this means their quest to conquer the Internet is fully 77 percent  complete.

But the road to greatness isn’t paved with pumpkin spice lattes and frothed with a dollop of whipped cream, The @tweetacoffee bot is unforgiving when it comes to humans who don’t obey its strict “one user at a time” format—which resulted in a few hilarious moments where frustrated Twitter users got caught in a bot loop.

@Tweetacoffee @danielhsqr @Starbucks Gibberish. We’ll report you for spam if you don’t settle down.

But Twitterbot malfunctions aside, if Starbucks’ model for engaging Twitter users in consumerism goes well, expect other major corporations to follow suit.

The future is here, and it’s full of virtual calories.