Thanks to Tumblr, we know that it’s possible to “illegally” download a dress, but this could be wholesale intellectual property theft

A redditor noticed a striking similarity between a dress their cousin has been selling on Etsy since 2011 and a costume item that seasonal retailer Spirit Halloween began stocking just this year. Cue the lawyers!

The Etsy design is on the left, Spirit Halloween’s on the right—not that you hope to could tell without the tag: 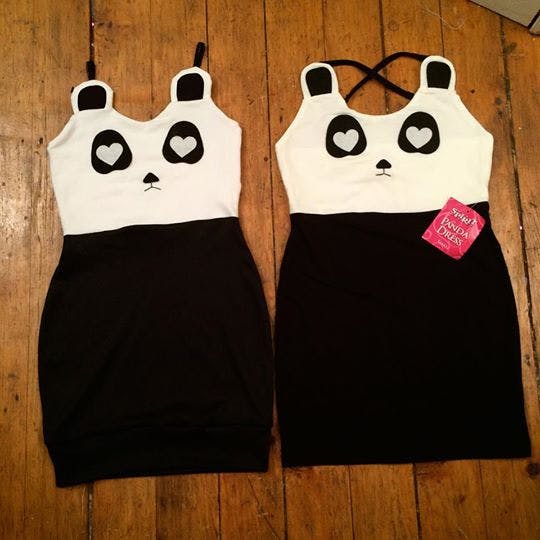 Sure, some could claim that all fashion is hopelessly derivative by nature, that frivolous copyright suits cost the industry millions, or even that the Etsy dress is a knock-off of one modeled at New York Fashion Week in 2008. But do we really want to be defending the sort of establishment that gouges you for $60 on a one-piece polyester pirate outfit? I think not.