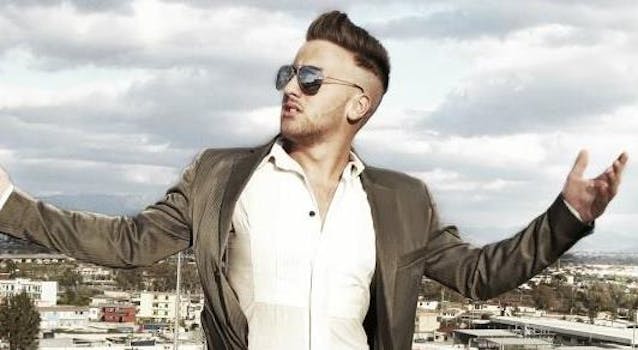 Need a drummer or some backing vocals? Try SoundSlates, a new way for musicians to find e-Harmony.

Italian songwriter Diego Laurenti has a radio-friendly voice and a soulful sheen comparable to Maroon 5’s Adam Levine. He’s readying a debut album with hopes of making the world go “pop.” But he’s having trouble finding the right bassist.

Laurenti considered going the programming route and mixing in a synthesized bass, but that was before he found SoundSlates, a new, still-in-beta online community for musicians who want to collaborate across the Web.

Think of the site as “We Are The World 25 For Haiti” for the working musician: Users can post want ads for contributors for their own songs, browse instrument categories to find the perfect fit, or make it known that they have availability to fill in on others’ projects.

Launched on Jan. 1, SoundSlates currently has 250 account holders and only three posted jobs. While the service is strikingly similar to Indaba Music, an online forum for musicians, there’s little doubting its potential. (Update: The site has 330 members and, according to representative Stephanie Lamy, a dozen job postings, along with private gigs.)

Laurenti learned about the site through the YouTube channel of a central figure in the Haiti collaboration, Lisa Lavie. The Canadian songwriter demonstrated the potential of the new social tool with a take on “Little Drummer Boy” that employed musicians from around the world.

Laurenti was subsequently one of the first to sign up for an account. (Accounts are free, but the site runs on a “freemium” model, taking a $5/month from users who use the site for “jobs.” Plans to run ads are also in the works.)

Posting “Lookin for drummer and bassist for a song i sing,” along with a message detailing the song’s BPM and key, Laurenti was able to find a collaborator within two hours—a bassist in Sweden named Johan Venga, who Laurenti professes was eager to collaborate.

“I sent him the instrumental of the song along with the tabs,” recounted Laurenti via email, message that was heavily edited by the Daily Dot due to translation issues. “He recorded and sent me the bass track and it sounded great. I just posted ‘Collaboration;’ it’s so simple.”

While Laurenti hasn’t yet released the song on his YouTube channel, he plans to use SoundSlates for production on the rest of this album, which he hopes to release later this year. He even plans to work with Venga again.

“There are so many great musicians, sometimes the one you want isn’t in your district but is rather on the other side of the world,” Laurenti wrote. “SoundSlate breaks down that barrier, so it’s possible to play with anyone.”