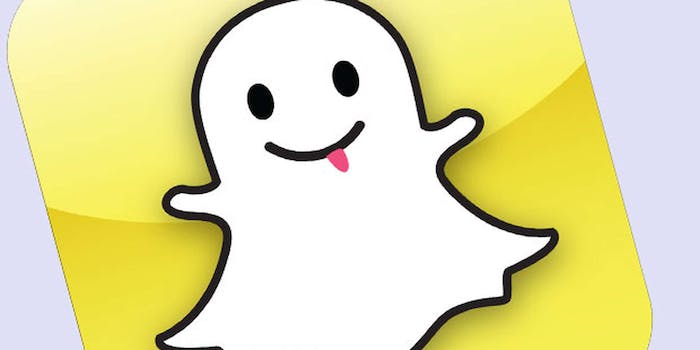 Snapchat is sorry about all that spam you got

But the complaints are pouring in anyway.

In a blog post this morning, Snapchat revealed that users are complaining about spam messages overwhelming their inboxes. “We want to apologize for any unwanted Snaps and let you know our team is working on resolving the issue.”

While you might assume that the Snap Spam (as Snapchat calls it) was caused by the major hack over the holidays, the company says that’s not the case. “As far as we know,” said the post, “this is unrelated to the Find Friends issue we experienced over the holidays.”

Since the major exploit was revealed, Snapchat has issued an update that patches the security hole, making it so that users can opt out of the Find Friends feature, keeping their phone numbers safe from spammers (or worse). It would make all too much sense that the increase in Snap Spam was to blame on the hack, given that 4.6 million accounts were compromised, but Snapchat is denying this.

But the complaints are pouring in:

Is there some kind of @snapchat directory? How are all these advertising bots finding me? #snapspam

Hey @Snapchat Thanks for the security problems you didn’t take care of…Now I’m getting #SnapSpam all day. #Delete

The language of today’s blog post reverts to Snapchat’s early tone when the issue was first exposed; instead of apologizing to users and vowing to fix this, the team went on the defensive, offering a handful of non-apology apologies. Eventually CEO Evan Spiegel caved and fessed up, but it took some prodding. In this most recent incident, the Snapchat team reminded us (emphasis theirs):

“While we expect to minimize spam, it is the consequence of a quickly growing service.”

Snapchat also advises you change your settings so only friends can send your Snaps.