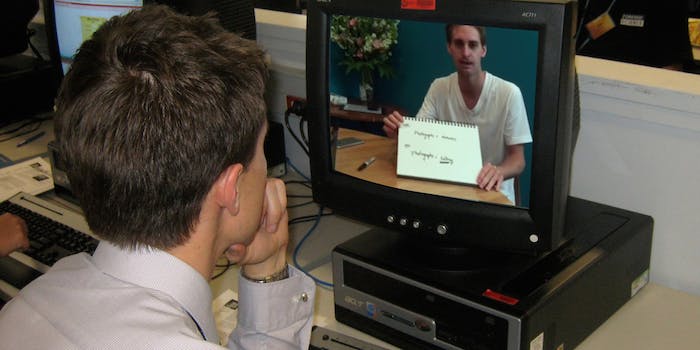 Why did Snapchat’s CEO upload this bizarre video?

Evan Spiegel is having a moment.

Here’s Snapchat CEO Evan Spiegel taking four minutes to explain what Snapchat is. In 240p resolution. Why is this a thing? Who is Spiegel making this video for? Where is he? What inspired him to make a video explaining an app that more than 100 million people use every day? Nobody really knows. The bizarre video was uploaded to Snapchat’s official YouTube channel on Tuesday.

Fun fact did you know: Snapchat is valued at 15 Billion dollars.

Photo via Alan Levine/Flickr (CC BY 2.0) | Remix by Jason Reed