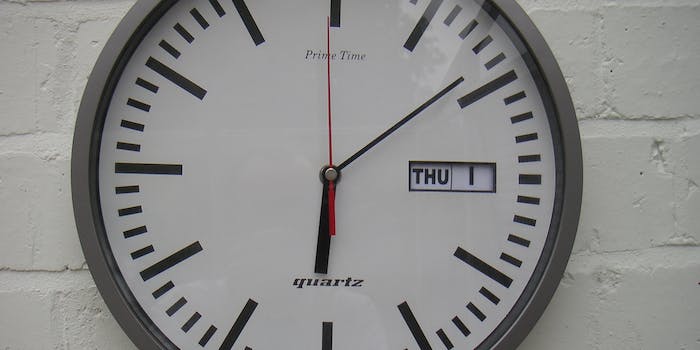 Some schools even ban dumbwatches.

Schools across the world have begun banning smartwatches during tests and exams. With the release of the Apple Watch taking smartwatches mainstream, schools are cracking down on the cheating potential a computer on your wrist could bring.

It’s easy to imagine how a pupil could have access to the Internet or an app specifically designed for cheating. According to the Chronicle of Higher Education, a number of Australian schools are leading the charge on the smartwatch ban. Melbourne’s La Trobe University and Sydney’s University of New South Wales both asked students to remove wristwatches—both the traditional and smart varieties—before testing.

“Due to advances in watch technologies the UNSW exams rules have been updated: No wrist or handheld watches are to be worn or placed on your desk during exams.

Watches of any kind must be placed in a clear resealable bag under your exam chair before the exam begins.”

In the U.S., the use of smartwatches is explicitly banned during ACT and Advanced Placement testing, while the SAT forbids “Any devices, including digital watches, that can be used to record, transmit, receive, or play back audio, photographic, text, or video content” in its not-quite-smartwatch-savvy electronic device policy.

Since the bridge between a miniature wrist sized computer and actual watches has essentially become non-existent, many schools seem to be nipping the potential cheat in the bud with a blanket ban on all watches during examinations.

H/T The Chronicle of Higher Education | Photo via Lee Haywood/Flickr (CC BY SA 2.0)