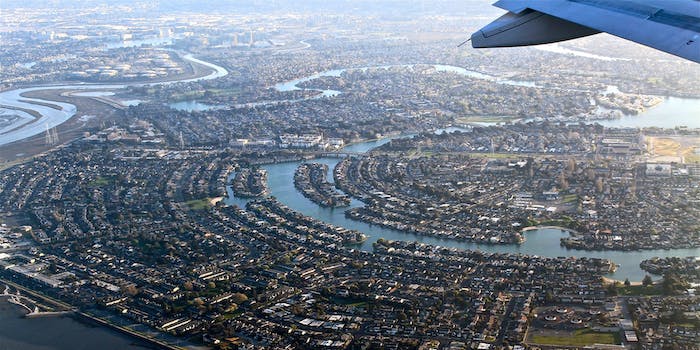 Since former intelligence contractor Edward Snowden leaked documents revealing the National Security Agency’s controversial spy program, Silicon Valley has had an uneasy relationship with its customers. Now, they’re fighting back with an open letter to the government demanding transparency reform.

“We understand that governments have a duty to protect their citizens. But this summer’s revelations highlighted the urgent need to reform government surveillance practices worldwide,” they wrote. “The balance in many countries has tipped too far in favor of the state and away from the rights of the individual—rights that are enshrined in our Constitution. This undermines the freedoms we all cherish. It’s time for a change.”

Perhaps the most notorious leak this summer (though certainly not the most damaging) was the program PRISM. As Snowden revealed this June, the U.S. government obtains warrants in the secret Foreign intelligence Surveillance Court for the social media data of private citizens. Silicon Valley companies, like Google Facebook, Microsoft, Apple, YouTube, and AOL, are all forced to comply under gag orders.

Ostensibly, the court exists as a safeguard to protect innocent Americans from having their communications read in open court. But as reports in the wake of Snowden’s PRISM leak have revealed, the Foreign Intelligence Surveillance Court has turned down only a handful of the thousands and thousands of requests the government has made for user data. And those requests often call for bulk collection of many user’s information.

Many of the companies’ demands for reform are focused on the FISC warrants. The companies wrote that the government “limit surveillance to specific, known users for lawful purposes, and should not undertake bulk data collection of Internet communications.” They also demanded that they be allowed to publish statistics revealing how many users’ had their information turned over to the government.

Right now, there is no “adversarial force” in the FISA court system. This means, when the government argues a case for why it should collect data–often in bulk–on US citizens, there is nobody in the court who stands up for the defendants. The companies argue that anyone who will be subject to surveillance should have a voice in the process. President Barack Obama has earlier said this reform was being considered. Each company also called for an open court process, where rulings would be made available to the public in a timely manner.

The companies had no legal choice but to comply with PRISM. Snowden revealed however that the NSA was also engaged in additional programs that Google and Yahoo were not aware of. The NSA taps into the cloud servers of each company. Since the servers are technically held overseas, they are not protected by the Foreign Intelligence Surveillance Act. In another demand, the companies are seeking to reform this practice: “Governments should not require service providers to locate infrastructure within a country’s borders or operate locally,” they wrote.

The companies’ most abstract demand is a call for governments to sort of different laws in different jurisdictions so that data can flow easily around the world: “Where the laws of one jurisdiction conflict with the laws of another, it is incumbent upon governments to work together to resolve the conflict.” It is difficult to imagine countries with a high degree of censorship going along with such a law, however.

“[W]e are focused on keeping users’ data secure — deploying the latest encryption technology to prevent unauthorized surveillance on our networks and by pushing back on government requests to ensure that they are legal and reasonable in scope,” the companies wrote to the President.

Silicon Valley’s concern is not idle patriotism. The NSA’s spying operations have undermined user trust and, some estimate will have a serious impact on company profits, to the tune of $35 billion.

“People won’t use technology they don’t trust. Governments have put this trust at risk, and governments need to help restore it,” wrote Brad Smith, General Counsel and Executive Vice President, Legal and Corporate Affairs at Microsoft.