Do you remember what you dreamed about last night? SHADOW could help.

Quick: Do you remember what you dreamed about last night? Did you remember any better eight hours ago? Do you even want to remember that boring dream where you forgot to take off your watch in the shower? But what if it means something?

Hunter Lee Soik, a NYC-based designer and founder of the consulting group the Wardenclyffe Institute, thought about this enough to create an app, called SHADOW, which will help users remember and record their dreams right after waking up. It’s sort of a modern update on the dream journal.

He just launched a Kickstarter for it today, which outlines the basic guiding principles of the app, and how they will build it. Soik’s concerned that we’re losing vast amounts of data each night as we sleep, and that we forget 95% of what we dreamed within five minutes of waking up. 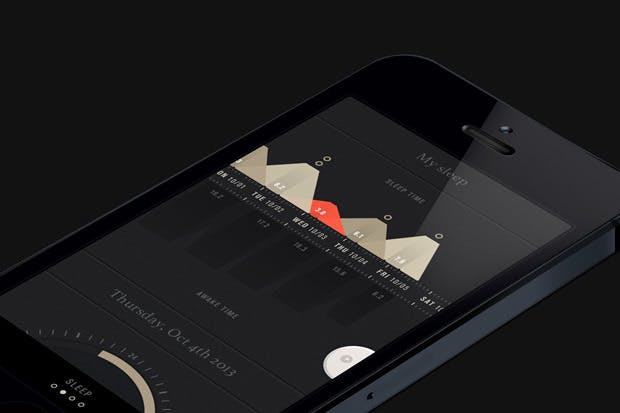 SHADOW aims to help us engage, by waking us slowly out of slumber via a series of “escalating” alarms. SHADOW will then prompt us to record our dreams, or answer questions about emotions, people, or locations. After recording a week or month’s worth of dreams, you might see patterns emerge, which could add insight to your waking life. On the Kickstarter page, he explains why he chose an alarm clock:

When I worked in my previous 2 startups, my crazy schedule meant I almost never slept enough. When I forced myself to take a break, suddenly this whole new world opened up to me. I was having these really awesome dreams that I really wanted to remember. But I had no way of doing it. By tying the dream capture process into a daily ritual—the alarm clock—SHADOW seamlessly integrates into our sleep cycle, making it easy to visualize our dream life, tap into global dream patterns, and better understand ourselves and our world.

It could also be useful in discovering group dream-think: What do people dream about the night of a national tragedy, like yesterday’s Navy Yard shooting? What do we collectively, unconsciously experience after watching a particularly unnerving episode of Breaking Bad?

With its all-caps font and ominous name, SHADOW does sound a bit like, well, a shadowy government program. But from the looks of Soik’s presentation, it doesn’t seem like he’s the dream police. He just wants to help build the world’s largest database of dreams, and establish  a “community of dreamers.” There will even be membership cards, if you pledge the right amount.

You can do so via iOS, Android, or Windows, and whichever device has the most donations, Soik and his team will start building for that one first.