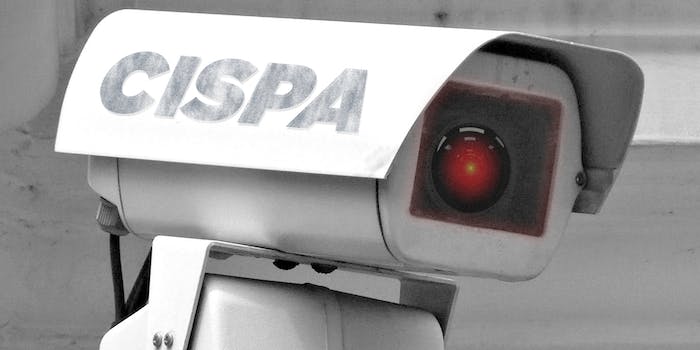 Despite Americans' increasing aversion to government surveiliance, Saxby Chambliss (R-Ga.) wants to revive the twice-defeated bill, this time in the Senate.

CISPA already seems the product of an earlier age. Overwhelmingly scorned by privacy advocates, the bill was declared dead in April after the Senate failed to pick it up.

It’s intended to make it easier for private companies under cyberattack to team up with government for assistance, but a pesky consequence of that is the government can get information from those networks—content that users may have intended be kept private. That notion seems almost quaint now, in the wake of National Security Agency contractor Edward Snowden’s leaks of scores of documents showing the government has near-unfettered access to the world’s communications.

CISPA passed the House of Representatives twice before, in April of 2012 and 2013, though both times expired in the Senate under threat of White House veto. Its author and biggest supporter is Rep. Mike Rogers (R-Mich.), chair of the House Intelligence Committee (Chambliss is the ranking Republican in the equivalent Senate committee). While Rogers has a history of mocking privacy advocates and has staunchly defended the NSA’s spy programs, he’s mostly kept mum on CISPA since its second defeat.

Chambliss said he’d been working with Rogers to create similar House and Senate versions of the bill, as well as with senator Dianne Feinstein (D-Calif.), often criticized for consistently defending the NSA.

But unlike Rogers, who previously had touted some privacy concessions, Chambliss readily conceded one major concern with his bill.

“You can’t have protection from a cybersecurity standpoint without the NSA being integrally involved,” he said. “I mean they’re the experts.”