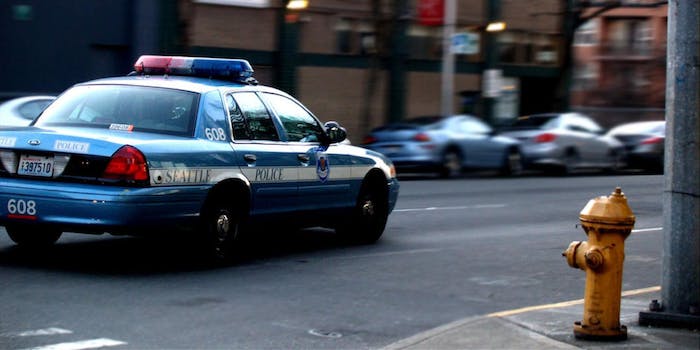 Six blocks in Seattle—including an empty police precinct—now appear to be under the control of protesters.

Protesters in Seattle have reportedly barricaded several city blocks in an attempt to create an “autonomous zone” for demonstrators.

The barricaded area, set up in the city’s Capitol Hill neighborhood, even encompasses the Seattle Police Department’s East Precinct.

Barriers that once surrounded the police station were removed by protesters on Monday as the autonomous zone was built.

Rumors began circulating that police were abandoning the East Precinct shortly after videos surfaced of officers removing equipment from the building.

But police are denying that is the case. Instead, the department claims it is taking steps to secure the location in the face of alleged arson threats and that the building will remain staffed.

Seattle Police Chief Carmen Best has stated, according to King5 News, that the current activity at the department is related to keeping both protesters and officers safe.

“This is an exercise in trust and de-escalation,” Best said.

Aside from boarding up windows, the department also surrounded the building with fencing and asked the Seattle Fire Department to place flame retardants around it as well.

Protesters on the ground have reportedly begun disabling security cameras in the area and are preparing for the long-haul. Members of the Puget Sound John Brown Gun Club, a self-described “anti-fascist, anti-racist, pro-worker community defense organization,” have also been seen open-carrying rifles in the zone.

Photographs of the precinct even purport to show the building tagged with graffiti such as “BLM” and “COP FREE ZONE.”

How long the autonomous zone will last is anyone’s guess. It’s also unclear what will react when and if police attempt to make a full return to the precinct.