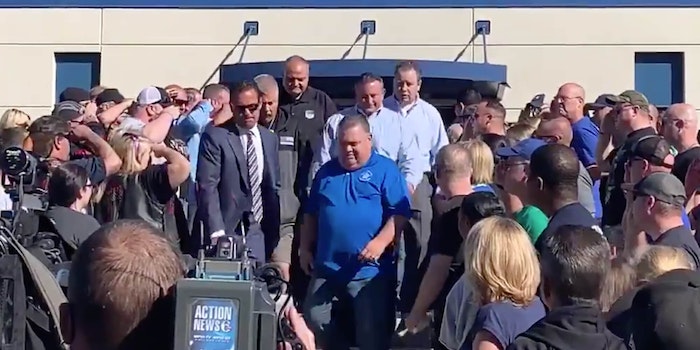 Philadelphia police gathered to applaud Staff Inspector Joseph Bologna as he headed to turn himself in for bludgeoning a 21-year-old student protester.