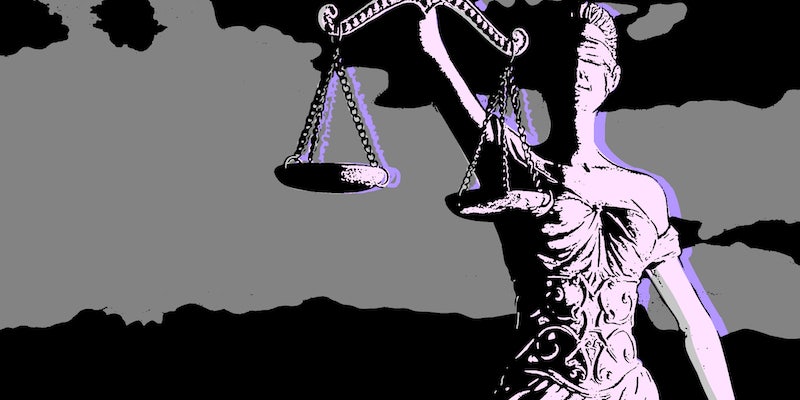 The Texas law forced 26 women's health clinics to close in less than 2 years.

The future of women’s healthcare access in the populous state of Texas has been at risk for two years.

When Texas House Bill 2 was passed in 2013, designed to intentionally bury abortion providers in bureaucracy, there were more than 40 women’s health clinics and doctors providing abortion services.

Today, there’s a total of 10 clinics tasked with servicing roughly 27 million people. And almost all of them were set to close this year, following the 26 others that shut their doors due to the new law’s hard-to-meet standards. But the Supreme Court stepped in, after two years of nonstop court challenges, and agreed to hear the case that would save some of the last Texas clinics providing abortion and likely alter the landscape of abortion access on a national level: Whole Woman’s Health v. Cole.

The briefs flooded in on Tuesday from the Department of Justice, ACLU, a variety of physician and nursing alliances, health policy experts from the nation’s universities, LGBT and women’s groups, and more.

One of those briefs was particularly interesting in that it took the focus off abortion politics and placed the crisis in a larger context: Women in Texas have some of the worst health rates in the entire nation, allegedly driven by legislative decisions. Submitted by the Institute for Women’s Policy Research (IWPR), National Association of Social Workers (NASW), Texas Chapter of the National Association of Social Workers, and Re:Gender (formerly the National Council for Research on Women), the 45-page amicus brief goes deep into the state’s uniquely terrible outcomes for the health of women and children in general.

But is a law that results in dozens of clinic closures actually protecting anyone’s health or well-being?

According to IWPR research, Texas ranked 47 out of the 50 U.S. states in terms of women’s overall well-being. Texas women have a lower life expectancy than women in other states, face higher rates of cervical cancer than the national average, are more likely to be obese and suffer from diabetes than women in other states, and die from heart disease at rates higher than the national average.

House Bill 2 focuses largely on eradicating abortion access, which is why it’s surprising that research found pregnant women in Texas are also not getting the same standard of healthcare that women access nationally—standards which are often passed on to their kids.

In 2013, reads the amicus brief, Texas has the highest percentage in the nation of births to moms who received no (or late) prenatal care. A full 26 percent of Texas women report having no healthcare provider or doctor at all.

According to IWPR, the state’s children and teens also experience higher obesity and mortality rates than the national average, and Texas has a higher number of kids with no health insurance than any other state in the country.

These dire health stats are especially relevant to any argument about H.B. 2, which some Texas legislators have argued protects women’s health by mandating abortion doctors have hospital-admitting privileges and other increased restrictions. But is a law that results in dozens of clinic closures actually protecting anyone’s health or well-being?

“Policies that increase women’s access to health care and strengthen their economic security would be key to improving the status of women in Texas,” said IWPR President Heidi Hartmann in a statement emailed to the Daily Dot. “H.B. 2 would only serve to hinder progress for women in the state.”

Abortion was, of course, the impetus for H.B. 2, and remains its stated target. And while the Texas law has dramatic implications for other aspects of women and children’s health, its effect on abortion access has been devastating.

The National Abortion Federation filed a separate amicus brief on Tuesday, stating that its hotline has been “flooded with calls from Texas women desperately seeking abortion care” since the 2013 passage of the bill. Since many women in Texas have had to travel to other states for abortion services, clinics near the Texas border have been overwhelmed. In its brief, the NAF stated that one of its member clinics, Southwestern Women’s Options in Albuquerque, New Mexico, has seen triple the number of Texas-based patients arriving. Many of those women, according to NAF president Vicki Saporta, had to “pawn or sell personal items, such as furniture or wedding rings, to pay for the additional travel-related costs of obtaining abortion care.”

“Calls to the NAF Hotline clearly demonstrate that many women in Texas have effectively lost the option of obtaining safe, affordable, and timely abortion care,” Saporta said in a statement emailed to the Daily Dot.

Of all the amicus briefs filed in Whole Woman’s Health v. Cole, the most imposing is the one filed by the United States through the Justice Department—which accuses Texas of “imposing an undue burden” on the women living there. Texas is hardly the only state to have enacted recent laws that make it nearly impossible for abortion providers to stay in business, and as more states clamp down on women’s healthcare access, they collectively threaten the earlier Supreme Court decisions (Roe v. Wade and Planned Parenthood v. Casey) that established constitutionally mandated access to abortion.

The Supreme Court is expected to start hearing arguments in the current case in February or March, and it’s poised to be one of the most important abortion cases ever to hit the SCOTUS floor. By the time the court’s decision is announced (SCOTUS blog estimates a June verdict), it could cause a massive shift in the country’s abortion politics, and in women’s access to healthcare.