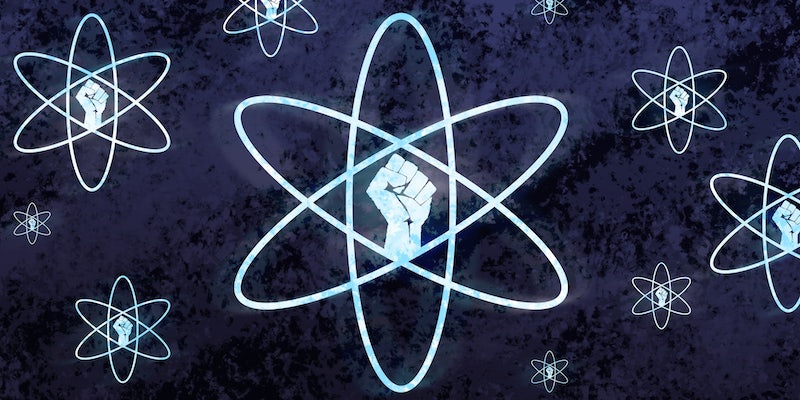 Scientists are planning the next big anti-Trump march on Washington

'Scientific research moves us forward and we should not allow asinine policies to thwart it.'

What may have been the largest protest in U.S. history, the Women’s March on Washington was the first major stand against a newly empowered President Donald Trump. But what comes next may be surprising—even by today’s standards: A protest organized by American scientists opposed to new forms of government censorship being applied to their work.

In the past 24 hours, a movement for a “Scientists’ March on Washington” has rapidly grown legs, gaining steam on Reddit, Twitter, and Facebook, where a page in support of the cause has amassed a following of 115,000 users.

“Although this will start with a march we hope to use this as a starting point to take a stand for science in politics,” says a website for the movement. “Slashing funding and restricting scientists from communicating their findings with the public is absurd and cannot be allowed to stand as policy.”

It appears as if the White House is preparing to wage a war on science—if not a war against the scientists themselves. On Tuesday, America was given a preview of what life might be like under an administration repelled by scientific knowledge, as President Trump initiated a blackout on government researchers, the scientists who toil on the behalf of the federal taxpayer.

It has never been more important for scientists of all stripes to come together and have their voices heard in government.

The first shot heard around the world of science struck the Environmental Protection Agency, where researchers and engineers are tasked with informing the government’s environmental policies. EPA administrators have been directed to edit or remove information on their public-facing website concerning the Earth’s shifting climate, and its communications office was effectively gagged, ordered to hinder public access to environmental information.

A Republican lawmaker told reporters on Wednesday that the agency’s new leadership was merely “scrubbing it up a bit” and “putting a little freshener on it” before making the data available once again to the public.

Some have asked whether non-scientists can march. The answer is: YES! All who believe in empirical science can (and should) march.

A lead organizer of the Scientists’ March, Caroline Weinberg, a science writer who works in public health, told the Daily Dot on Wednesday that supporter for the movement has exploded in ways she couldn’t have anticipated.

“Scientists worldwide have been alarmed by the clear anti-science actions taken by the Trump administration,” she says, emphasizing that the research being censored by the Trump administration was paid for by the American public. “These actions are absurd and cannot be allowed to stand as policy. This is not a partisan issue—people from all parts of the political spectrum should be alarmed by these efforts to deny scientific progress.”

A group of head organizers will meet this week to develop a clear mission statement and discuss ways in which the fledgling movement can be “diverse and inclusive of all people,” including all fields of science. In the meantime, support for protest is growing exponentially. Within an hour on Wednesday, the group’s Facebook page doubled in size and its official Twitter account added nearly 20,000 new followers; a Reddit forum established this week has amassed thousands of subscribers and dozens of posts from users asking how to participate and volunteer.

“Scientific research moves us forward and we should not allow asinine policies to thwart it,” Weinberg says.