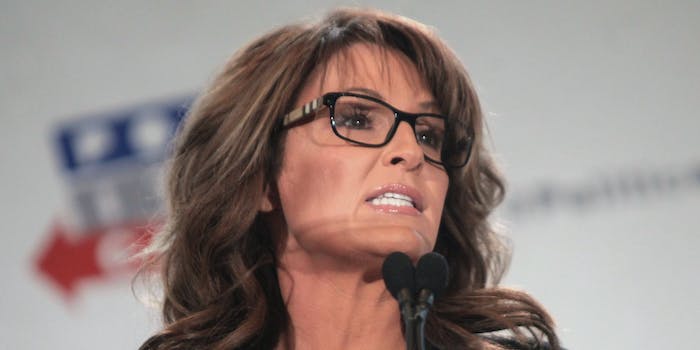 Sometimes when the virus hits you directly, you change your tune.

Former vice-presidential candidate and Alaska Gov. Sarah Palin has revealed she contracted COVID-19, and she’s sharing her story as a cautionary tale, advocating for mask-wearing and vaccinations while warning people that “anyone can catch this.”

Palin, in a People article, noted, “As confident as I’d like to be about my own health, and despite my joking that I’m blessed to constantly breathe in the most sterile (frozen!) air, my case is perhaps one of those that proves anyone can catch this.”

Palin, 57, relayed that multiple members of her family contracted COVID-19. Their awareness of the pandemic began when one of Palin’s five children woke up one morning having lost her sense of taste and smell.