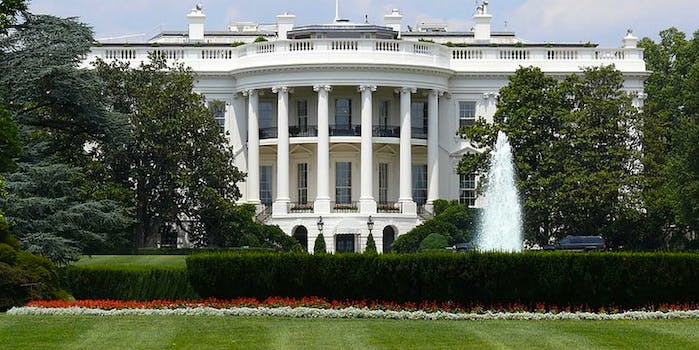 Both Sarah Palin and Donald Trump hint at 2016 presidential runs

And you were worried 2016 wasn't going to be dumb enough.

For people who legitimately enjoy following politics (for the lulz), the events of the past few months do not bode well for 2016. With Hillary Clinton enjoying a commanding lead over every other potential Democratic rival and Jeb Bush’s announcement of his intention to run giving him an early edge on the Republican side, the 2016 presidential race is already shaping to up to be a snoozefest between two candidates whose last names never seem to disappear from American politics.

Luckily, in recent days, both Sarah Palin and Donald Trump have indicated their interest in throwing their hats into the ring for 2016.

On Friday, Palin told The Washington Post before a speech to a conservative group in Iowa that, “you can absolutely say that I am seriously interested.”

Palin recently said something similar to an ABC News reporter during a photo-op serving wild boar chili to the homeless at a Las Vegas soup kitchen. “Yeah, I mean, of course, when you have a servant’s heart, when you know that there is opportunity to do all you can to put yourself forward in the name of offering service, anybody would be interested,” she said.

The former Alaska governor and 2008 GOP vice presidential nominee made some noise about running for president before. After she resigned her governorship in exchange for reality TV stardom, Palin made some comments about mulling a 2012 run, but never ultimately jumped into the race.

Speaking of reality TV, The Apprentice star Donald Tump also made news during that same Iowa Freedom Summit by slamming fellow Republicans like Jeb Bush and Mitt Romney, as well as teasing his own presidential ambitions.

If I run for president, and if I win, I would totally succeed in creating jobs, defeating ISIS, and stopping the Islamic terrorists…reducing the budget deficit…securing our southern border…stopping nuclear weapons in Iran and elsewhere…saving Social Security, Medicare, and Medicaid without cutting it down to the bone…repealing Obamacare and replacing it with something far better.”

Trump added that Romney “choked” in his 2012 campaign against Obama and slammed Bush for being part of a political dynasty that “gave us Obama.”

While he never formally declared his candidacy, Tump spent a few weeks early in the 2012 primary season leading the GOP pack as the one candidate willing to pander to “birthers” who didn’t believe President Obama had been born in the United Staes. His support quickly dried up, much of it flowing behind a hands-y pizza baron, who also quickly fizzled.

Seeing as how neither candidate has begun building any campaign infrastructure, there’s a good chance both of these media-savvy personalities are simply blowing hot air to build buzz for their upcoming book or TV projects. Nevertheless, the Jon Stewarts and John Olivers of the world are surely licking their chops.