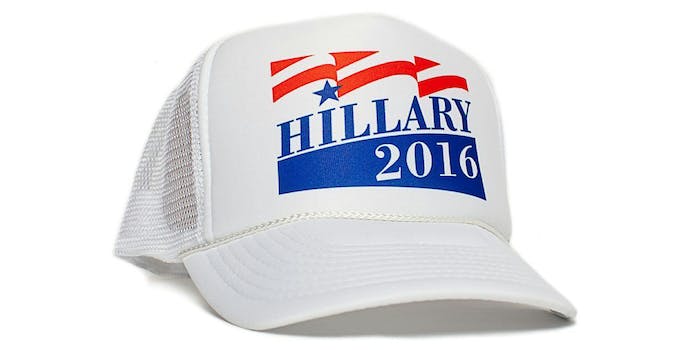 It's Parkland all over again.

Social media has changed the culture around mass shootings, giving voices to the survivors and providing a raw first-hand look at the events as they unfold. But it has also enabled the worst in society. As soon as tragedy strikes, trolls begin pushing hoaxes and false narratives to as many people as possible. Sadly, today’s school shooting Santa Fe, Texas, where 10 people were killed, proved no different. Photoshopped images and misinformation flowed through Twitter and 4chan in the wake of the news.

Here are a few of the hoaxes floating online.

A new phenomenon of the Trump era is that shootings immediately get pinned to political narratives. In the wake of the Las Vegas shooting, 4channers attempted to paint the shooter, Stephen Paddock, as a member of antifa, the far-left anti-fascist movement.

Someone's trying really hard to make this happen. Both of these went up in the past few minutes pic.twitter.com/X5gsAmQOgH

There's already what appears to be a fake @Facebook profile of alleged #SantaFe shooter photoshopped to look like he wore a @HillaryClinton hat. https://t.co/xsRALhkm2F #SANTAFESHOOTING pic.twitter.com/Ihja4SrKtJ

Metro found Pagourtzis original Facebook page, and it does not contain that imagery.

While numerous Photoshops floated around the web with Pagourtiz wearing a Hillary Clinton hat, on 4chan a now-removed post claimed the shooter to be a professed “Trumptard.” It read:

“He liked tons of gun pages and followed Trump accounts online. So it clear now that all these f****t /ptg/ and Donald posters are basically the new moslems? If you love Trump, do whats right, hero yourself before you hurt more people guys.”

The image posted on 4chan of the supposed Santa Fe shooter in Trump paraphernalia was actually Nikolas Cruz’s Instagram avatar, which circulated in the immediate aftermath of the Parkland shooting.

The shooting was a hoax

Ever since Alex Jones proclaimed that the Sandy Hook massacre never happened, anti-government types have felt free to claim every shooting is a false flag, perpetrated by the government, or that it never even happened.

On Friday, people took particular issue with a screengrab floating online that showed classes at Santa Fe High School didn’t start until 9:15am, which would be an hour after the shooting happened.

Santa fe hoax shooting was at 7:45am
The lessons begin at 9:15am, yet children were in class, having lessons? 🤔😂😂😂😂 pic.twitter.com/EkW4aH07Th

On the Santa Fe High School website, the school start time is shown as 7:15am.

On 4chan, a tenuous tie to Sen. Rand Paul led to the proclamation it was a false flag operation.

“Rand Paul’s nephew was the principal of Santa Fe HS up til a couple months ago. I smell bullshit”

Some also claimed that the lack of video produced was proof the tragedy was fake.

“Where are the interviews with students on their way out? 60% of kids have a smartphone. Why no video?”

The students at Santa Fe are crisis actors

Ever since David Hogg and Emma Gonzalez became outspoken on gun violence after their classmates were killed in Parkland, Florida, people have accused them of being paid actors.

Is she reading from a script?

No script but the question was asked knowing what the response would be I think.

She's obviously reading from a script. Who talks to a TV camera with their face down? Don't be so gullible.

If history is any indication, there will likely be more hoaxes and rumors spread about the Sante Fe shooting and the students who witnessed it in the days and weeks to come.