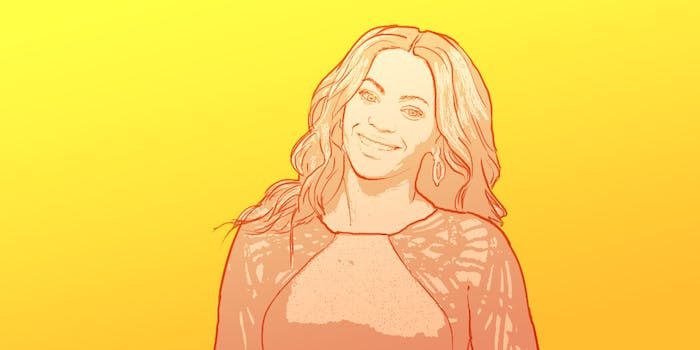 Black Lives Matter and Bernie Sanders have a rocky relationship—and that might be a good thing for both sides of the chants.

The conflict between Black Lives Matter activists and the Independent Vermont senator and 2016 Democratic candidate—protesters interrupted multiple Sanders speeches—has produced a newly reinvigorated campaign focus on racial justice and coincided with an unprecedented boost in visibility for the Sanders campaign.

What at first threatened to devolve into a lose-lose situation for all involved could conceivably end up being a substantial win for both the protesters and the presidential hopeful.

Sanders is now trending at by far his highest visibility of all time, according to Google search metrics, outpacing even Democratic rival Hillary Clinton.

On Reddit, the Sanders For President forum became the fastest-growing non-default community on the entire site for several days following the latest protests. Every day since the protest, the readers and subscribers to Sanders’ corner of Reddit have been orders of magnitude higher than ever before.

From August 9 to 11, over 215,000 unique readers have visited the Sanders subreddit. That’s about half the entire July total tallied up in just a few days, according to Aidan King, the co-founder of Grassroots for Sanders and a moderator at /r/SandersForPresident.

Coinciding with booms on Google and Facebook, this past weekend was Sanders’ biggest on Reddit since he announced his candidacy in the first place earlier this year.

The numbers speak volumes elsewhere, too.

In the last week, Sanders has been a constant topic of discussion on Twitter, where #BlackLivesMatter originated. Facebook, which in many ways drives the political conversation of the United States, featured Sanders name as a top political trend for three days straight for news about the #BlackLivesMatter protests, endorsements, and rallies.

The connection between the protests and the new volume of conversation is easy to spot. In the following Google Trends chart, Sanders is blue and Clinton is red. The sudden rise in Sanders’ numbers represents a huge boost in searches for his name in the three days after news of the Seattle protest hit headlines.

Sanders, a politician whose fundraising consistently brings in noticeably less cash than many of his political competitors, has always struggled to maintain visibility and attention in the face of a Clinton juggernaut. Suddenly, his name and political positions are making more news.

Even drawing crowds of tens of thousands to rallies across the country throughout this summer didn’t match the widespread online visibility that Sanders appears to be receiving right now. The speeches that were disrupted would have likely produced fewer headlines without the help of protesters.

“I didn’t even know who Bernie Sanders was two days ago,” one observer wrote on Reddit. “Gotta thank the BLM protesters for inadvertently advertising his campaign!”

The rhetoric responding to the incidents was at first dramatic and at times hostile—Glenn Beck compared the protesters to terrorists—prompting several liberal observers to mourn what they saw as political allies fighting one another.

Despite the near-instant news cycle of cable television and media websites, the saga between Black Lives Matter and Sanders is still playing out. However, it appears increasingly possible that some political victory may be snatched from the jaws of defeat for Sanders and the protesters.

Of course, in politics, it’s never as simple as making news. Bad press can hurt an underdog’s chances, and it’s clear that the protests have had significant negative impact at times with how some observers, particularly those on the left, see the Sanders campaign and its supporters.

Compared to Clinton, Sanders suffers from far lower favorable numbers among minority Democratic voters, according to Gallup. A late July poll showed 25 percent nonwhite Democratic voters viewed Sanders positively. That number is a whopping 80 percent for Clinton, who enjoys broad positive feelings from across much the Democratic spectrum.

That’s a huge racial gap that’s been built over the decades that Clinton has occupied the national spotlight.

But the aftermath of the protests, which were at first viewed by some to be unsalvageable gaffes for Sanders, are still unfolding and taking interesting turns.

Sanders, who has consistently addressed racial and economic issues affecting minority communities for years, recently published a racial-justice platform that has been received positively by some Black Lives Matter activists, suggesting strongly that Sanders may be able to produce a positive end-result over time.

In his platform, Sanders wrote about the need to end political, legal, economic, and physical violence against people of color in the United States, a position that aligns not just with many in the Black Lives Matter movement but more broadly to typical mainstream American liberals.

Instead of getting caught up in potentially damaging hostilities, it appears that the Sanders campaign is attempting—and to some extent succeeding—to use the protests as a way to form lines of communication and possibly support between vocal civil-rights activists and the Sanders camp.

@deray We look forward to working with you and others more on these important issues.

Sanders is, according to at least one new poll, now beating Clinton in the primary state of New Hampshire.

Black Lives Matter activists met with Clinton on Tuesday night to discuss the war on drugs and her history with criminal justice at a campaign event on Tuesday night in New Hampshire. The activists were initially kept out of the event by Secret Service—they had tipped off media beforehand—but Clinton eventually met with them privately and without media.

Of course, extraordinarily high visibility was a huge part of the original goals of the protesters who took the stage during Sanders’ events as well as those who visited the Clinton event.

For them, the increased focus on racial justice as the election heats up is unquestionably a win.

Photo via Photo via Ted Eytan/Flickr (CC BY 2.0) | Remix by Max Fleishman