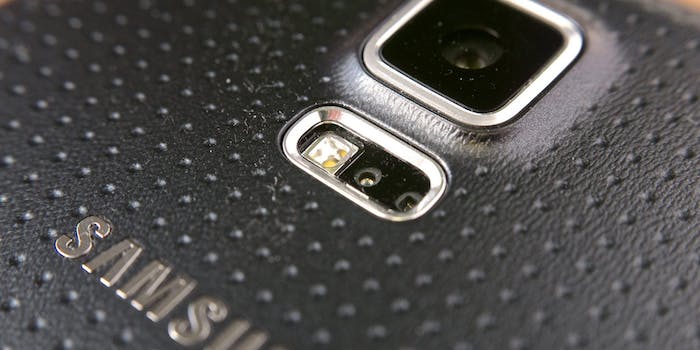 Samsung tied Apple for phone sales, so why is it failing?

If you look at the number of phones Apple and Samsung sold during the last quarter of 2014 you might assume that both companies are doing great in mobile. Apple has announced that it sold 74.5 million iPhones during the period, which happens to be an all-time record for the company. Great news. Samsung recently noted that it has sold somewhere between 71 and 76 million, though the exact number has been the topic of some conjecture among analysts. Also great news, right? Not quite.

Apple’s iPhone sales helped propel the company to a quarterly profit figure—approximately $18.04 billion—that is the largest of any company in history. Meanwhile, Samsung’s mobile division recorded a 64 percent drop in profit, which was down all the way to $1.8 billion. It’s important to note that Apple’s profit is company-wide while Samsung’s is simply its mobile business, but the fact remains that on a mobile vs. mobile basis, Samsung is getting roughed up pretty badly.

So how is it possible that Samsung could be losing so much money on mobile while selling virtually the same number of smartphones as Apple? It’s complicated.

A year ago Samsung was celebrating the fact that it sold 86 million smartphones in the fourth quarter of 2013. This year it’s only willing to say that it sold somewhere between 71 and 76 million of them. That’s a dramatic downturn and certainly a major reason why the company’s profits have dipped.

That being said, the company still sold at least 71 million smartphones, which means that in the worst case scenario Samsung is some 4 million sales behind Apple for the latest quarter. That’s not the position the company wants to be in, but it’s not the end of the world, assuming each and every one of the phones that the company sold were doing a good job of maximizing profit. Unfortunately, they weren’t.

Taking this back to business school for a second: For any company to be sustainable it must make more money than it spends to create its products and services. Total revenue is the amount of money made by a company overall, and profit is revenue minus however much the company spent. For companies like Apple and Samsung, this goes all the way down to level of individual products, and if the iPhone is more individually profitable than Samsung’s phones, that disparity is going to drive Apple’s overall profits a whole lot higher than Samsung.

Unfortunately for Samsung, that’s exactly what is happening. Apple is notorious for keeping its profit margins nice and high. Estimates put the iPhone 6 and iPhone 6 Plus at a slightly lower profit margin than its predecessors, but even if these educated guesses are accurate, there’s still plenty of meat left on the bone.

Working out Samsung’s margins is a lot more complicated due to the fact that the company makes so many models—some of which are region specific—that the real figure is something only Samsung would know with certainty. However, there are a couple of things we know about Samsung’s device sales that hint at flagging margins. For starters, the company is facing extremely stiff competition in emerging markets from newcomers like Xiaomi, and has been forced to slash prices on its entry-level smartphones to remain competitive. That means less profit, and analysts have been urging Samsung to abandon its war in the low-end market for months now.

On the other side of the cost spectrum, the Samsung Galaxy S5 is having its clock cleaned by the iPhone 6 and 6 Plus. Less sales obviously mean less money, but this has led to cost-cutting promotions across a number of carriers and—you guessed it—less cash rolling in for Samsung.  Both ends of Samsung’s mobile business are being attacked by companies that simply have a better handle on how to attract these specific types of consumers.

Not just the devices

The problem Samsung has goes deeper than simply some poorly selling, and unfortunately cheap smartphones—it’s about the software, too. Samsung doesn’t benefit from the ecosystem that it sells as much as Apple does. Where Apple makes a cut of every app payment and transaction that takes place on its insanely lucrative App Store, Samsung is merely pushing Google’s Play Store out to millions of people. The result is that Samsung benefits far less from after-sale activity on its phones, while Apple continues to see cash roll in long after it has made a mint on the device purchase.

Samsung is working on remedying that, namely with an operating system of its own design called Tizen, but at the moment the software is still somewhat half-baked and definitely not ready to shoulder the burden. Even if Samsung poured greater resources into getting Tizen ready for a flagship device it may be too late for it to have much impact, and Samsung’s mobile days may already be numbered.