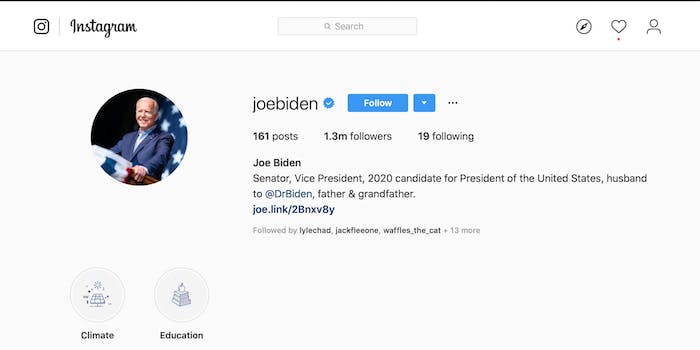 On Monday, Mashable reported that Facebook had announced the removal of “dozens of accounts and pages,” which were “part of a coordinated effort” to undermine the Biden campaign. The report (which can be viewed in full here in PDF form) was done in partnership with Graphika, a network analysis company, and shows that the accounts were being operated out of Iran and Russia.

The attacks revolved around two things: positive representation of other candidates in comparison to Biden and direct criticism of Biden’s history and campaign.

CNN reports that the people behind the accounts are tied to the Russian Internet Research Agency, which was also responsible for alleged Russian meddling in the 2016 presidential general election. They used similar tactics, sowing seeds of dissent on both sides of the aisle which combusted under the combined pressure and speed of social media, according to Vox.

Specifically, according to CNN, these actors were creating what was meant to look like groups in “swing states,” who have the electoral weight to turn elections one way or the other. With more than 250,000 combined followers of all alleged different backgrounds on Instagram, the “systematic approach” to “attacking Biden from both sides” is apparent, Graphika director of investigations Ben Nimmo told CNN Business.

Other candidates who were mentioned in relation to Biden, either to make him look better or worse, were Sen. Elizabeth Warren (D-Mass.), Sen. Bernie Sanders (I-Vt.), and President Donald Trump.