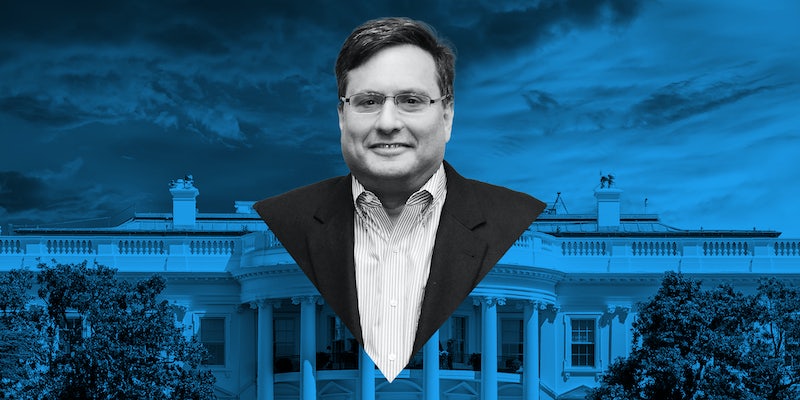 Is Joe Biden’s chief of staff too online right now?

Critics imply he's too focused on clout instead of Kandahar.

Over the past week-and-a-half, President Joe Biden and his administration have been criticized from every angle for their actions during the U.S. withdrawal from Afghanistan.

Pundits on both the left and right flung vitriol over the manner of the withdrawal, the U.S. receding from the global stage, and the handling of Americans still in the country.

Some of it is pure partisan annoyance, plenty of it is a weird feverish, freakish devotion to America’s forever war, and a smattering of it is just, well, odd.

Like Biden’s White House Chief of Staff Ronald Klain being hit for being too online right now.

Critics of Biden’s Afghanistan policy are flagging all of Klain’s likes and retweets from his @WHCOS account, implying he’s too focused on clout instead of Kandahar.

Some are upset about his choice of unabashedly left-wing voices (like Brooklyn Dad Defiant), but others just feel he shouldn’t be smashing like and hitting RT at a time like this.

So has Klain been too online? That depends on your perspective. He’s retweeted over 30 tweets over the past 24—and liked an almost similar number—which probably isn’t too out of the ordinary for someone always checking the TL. But for a prominent figure in the White House, it’s definitely… more than one might think is necessary. Especially if you have other stuff too.

Because, if it’s a lot or just an average amount, it doesn’t help that at a time where Biden is being called out-of-touch with what’s actually happening on the ground, his chief of staff is instead online.

Whether it’s preventing him from doing his day job, well, Klain did not respond to an emailed inquiry from the Daily Dot asking just that.