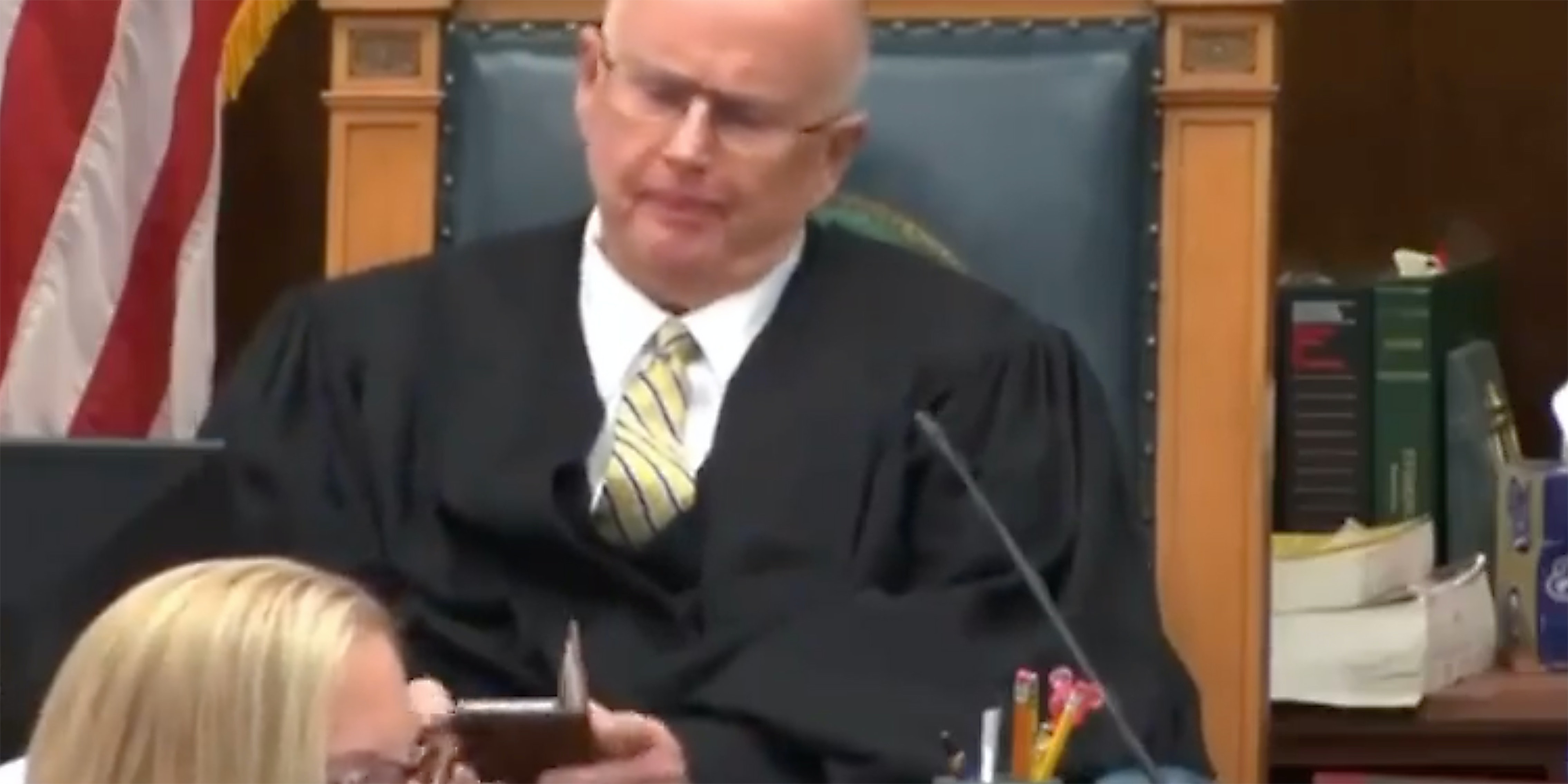 It's both an American and pro-Trump anthem.

Today, Kyle Rittenhouse took the stand during his murder trial. Rittenhouse killed two and wounded a third during a protest over the police shooting of Jacob Blake. Rittenhouse is pleading self-defense. Rittenhouse’s testimony this morning generated intense online discourse about the teen weeping and Judge Bruce Schroeder heated admonishment of the prosecution.

Soon after the lunch break, Rittenhouse’s highly anticipated testimony was temporarily interrupted when a cell phone rang. It’s not entirely clear whose phone rang, but as strains of the song reverberated through the courtroom, the camera panned over to Judge Schroeder, who appeared to be silencing his phone.

The moment ordinarily would’ve been quickly forgotten. But the ringtone turned out to be Lee Greenwood’s patriotic anthem “God Bless the U.S.A.”—a standard number at former President Donald Trump’s rallies.

Twitter user and unabashed online Democrat Ron Filipkowski started the outrage by tweeting, “Judge Schroeder’s phone rings in the middle of the Rittenhouse trial, and it just happens to be the theme song from the Trump rallies when he walks on stage.”

“God Bless the U.S.A.” has long been popular with politicians. (Its name is often incorrectly referred to as “Proud to be an American.”) It became a rallying cry after 9/11. But the song and Greenwood himself have come to be particularly associated with Trump. In 2019, when Trump put Greenwood on the board of the Kennedy Center, the Hill reported that the song had “become synonymous with Trump’s rallies.”

Greenwood sang “God Bless the U.S.A.” at Trump’s inauguration. He also surprised Trump by singing it at a 2018 rally. Greenwood even campaigned for Trump last year.

Many feel that Judge Schroeder using Trump’s trademark campaign song as his ringtone indicates that he’s biased for the defense. Trump supporters have largely heralded Rittenhouse as a hero. Many liberals watching online have felt Schroeder has been biased toward the defense.

Soon after the shooting, Trump himself suggested that Rittenhouse acted in self-defense.

Some insisted that Judge Schroeder should be disqualified based on his ringtone alone. (There is no precedent for disqualifying a judge on such grounds.) Regardless, Schroeder using “God Bless the U.S.A.” for his ringtone seems to have heightened suspicions that Rittenhouse will be acquitted.

“It’s fascinating to watch libs melt, calling the judge biased for having ‘Proud To Be An American’ ringtone,” one tweeted.