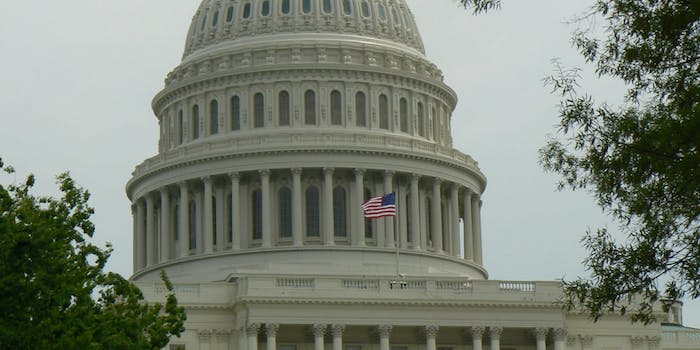 The bill has one more small hurdle before going to the president.

The House of Representatives and Senate both passed the Republican-led tax bill, despite a hiccup along the way.

The final vote tally in the House on Tuesday was 227 to 203. The vote was along party lines except for 12 Republicans who voted against the bill.

In the Senate, what was expected to be a quick vote turned into a bit of a snafu, when the Senate parliamentarian objected to three provisions in the bill, including its name.

However, the swiftly revised bill passed the Senate early Wednesday morning, 51-48. Because the bills no longer match, the House will need to vote again on Wednesday. It is expected to pass with a similar vote.

The other two minor provisions centered around college savings accounts for homeschooled children, and universities with under 500 students being exempt from an endowment tax, the Hill reports.

After it passes the House again, the bill will head to President Donald Trump, who could sign it into law this week.

Before the Senate vote, Majority Leader Mitch McConnell (R-Ky.) said he was excited to pass a bill that would “take money out of Washington’s pockets and put it pack in the pockets of middle-class Americans.”

This morning, Republican leadership woke up to the news with enthusiasm.

Great news → The Senate just passed the Tax Cuts and Jobs Act. After years of work, we are going to enact the most sweeping, pro-growth overhaul of our tax code in a generation. https://t.co/4lmiJ9KhZn pic.twitter.com/wjtBPh9Iys

In her briefing yesterday, moments after the bill passed the House, White House Press Secretary Sarah Huckabee Sanders said the president “delivered the most significant tax cut in the history of the nation and repealed the Obamacare mandate.”

The bill deeply cuts taxes for businesses and corporations by dropping the corporate tax rate from 35 percent to 21 percent. Cuts on an individual level would also occur, however they are set to expire in several years. The standard deduction will also be raised.

The final version of the bill also includes a provision that would void a component of the Affordable Care Act that requires all Americans to have some form of health insurance, known as the “individual mandate.”

In response to the news that the bill would have to go back to the House tomorrow, House Minority Leader Nancy Pelosi (D-Calif.) said that “the House revote is the latest evidence of just how shoddily written the GOP tax scam really is.”