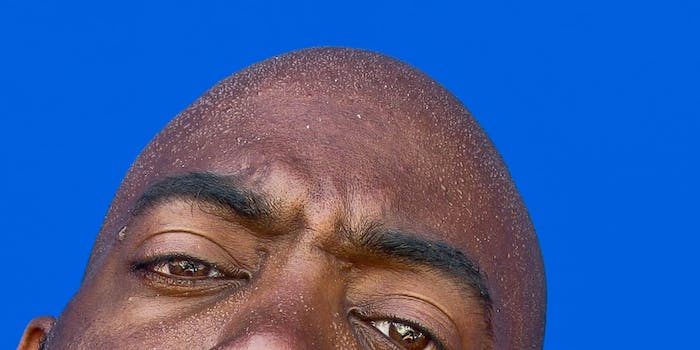 Speaking before Congress on Tuesday, Rep. Hank Johnson (D-Ga.) blasted the inaction of his congressional colleagues, who he said have done nothing to address the issue of police brutality.

“It feels like open season on black men in America, and I’m outraged,” Johnson said. “In fact, all Americans are at risk when bad actors in law enforcement use their guns instead of their heads.”

“Despite bipartisan nationwide calls for action and despite my bills to reform the broken grand jury process, hold police accountable, and end militarization,” Johnson continued, “and despite my colleagues’ bills to encourage body cameras, this Congress does nothing—no hearings, no blue ribbon commissions, no nothing.”

“It feels like open season on black men in America and I’m outraged.”

Johnson proceeded to read the names of 22 unarmed black Americans killed by law enforcement officers over the past year, including Michael Brown of Ferguson, Mo.; Tamir Rice of Cleveland; and Walter Scott, of North Charleston, S.C., who was shot dead this month by a former police officer who now faces a murder charge.

In December, the Obama administration called for $263 million in funding to provide police-worn body cameras to state and local law enforcement agencies nationwide. The plan would not, however, stem the flow of military tactical gear from the federal government to local police agencies—one of the issues raised by Johnson on Tuesday.