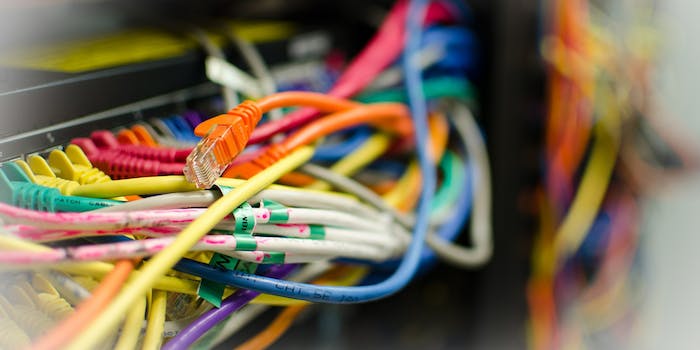 'Net neutrality' has got to go.

Let’s face it: ‘Net neutrality’ is a terrible term. It slides off the tongue like a wet noodle. And while many Americans care about keeping the Internet open and fair, the term alone inspires less passionate civic action and a lot more ¯_(ツ)_/¯.  Worst of all, it’s just plain confusing.

Which is why one member of Congress thinks the term is counterproductive enough to warrant an immediate rebranding.

Congresswoman Anna Eshoo (D-Calif.), who represents Silicon Valley and serves as the Ranking Member on the House Committee on Energy and Commerce’s Subcommittee on Communications and Technology, started a contest on Aug. 21 to give the net neutrality campaign a new name, and, she hopes, a new lease on life.

“Internet users know what they want and expect from the Internet, but these days all the jargon about net neutrality rules is making it difficult to know what box to check that advances their best interest,” Eshoo wrote in a post on Reddit’s r/technology community.

In a YouTube video announcing the contest, Eshoo added, “The ambiguous term describing this effort, ‘net neutrality,’ is being misused and abused in this debate. The American people are left with a muddled understanding of what to support.”

Eshoo said the purpose of the contest was to “bring some clarity to an otherwise muddy legal debate before the FCC finalizes its proposed open Internet rules.”

The Daily Dot supports bringing clarity to the open Internet debate, so we rounded up some suggestions from our staff for Eshoo’s rebranding initiative.

A new term for net neutrality should definitely draw on the idea of fairness, if not the word itself. In the wake of the Great Recession, Americans have been paying more attention to whether or not a playing field is level, especially when large corporations are involved. People don’t like thinking that some system or structure in society is weighted toward one party’s interests. They already have an innate distaste for the kind of deck-stacking that the demise of net neutrality would represent. Appealing to their support for fairness is the best way to convey what the open Internet represents: interest-blind transmission of content.

Perhaps no word is more potent in these kinds of branding exercises than “equality.” Everyone wants to believe they have the same opportunity to use the Internet in creative and productive ways as their fellow consumers. “Net neutrality” doesn’t convey that concept very clearly.

“‘Net neutrality’ does suck, so the people who don’t want to change it out of stubbornness are wrong,” Daily Dot reporter Patrick Howell O’Neill says. He discourages the use of the word data, as in “data equality,” a phrase he calls “esoteric.”

“Who cares about ‘data’?” O’Neill says. On the other hand, “the Internet is powerful; everyone knows how important it is.”

Drawing from these language lessons, the phrase “Internet equality” conveys both the subject matter and the stakes very clearly.

Following from the above theme about equality, Daily Dot contributing reporter Rob Price says, “Certain detractors of ‘net neutrality’ deride the principle as being anti-free-market over-regulation, but that’s simply not the case. ‘Fast lanes’ stifle innovation, ossifying innovation, whereas net neutrality guarantees equality of opportunity for all, a central tenet of the American Dream.” The term “equal access” certainly resonates with the all-powerful American Dream, particular insofar as it emphasizes that opportunity—not outcome—is the target of net neutrality regulation.

Messaging guru Frank Luntz’s “21 words for the 21st century” teaches that “common sense” is one of the most poignant words any movement can use. Just as Americans gravitate toward the idea of fairness, so too do they react favorably to policies that are described as no-brainers, or “just the right thing to do.” So it would be easy to make the case for unbiased content transmission if it were described as “common-sense connectivity.” After all, who wants to complicate the routing of Internet data packets with messy financial deals and preferential treatment? Just send all content equally. It’s “common sense.”

If these ideas fail, there’s always “free beer.” As Daily Dot contributing reporter Dell Cameron says, “Whenever a member of Congress wants to undermine Internet freedom, they usually come up with a name that has something to do with cyberterrorism or protecting children from online predators. It’s an election year. No one is going to vote against free beer.”

For those interested in submitting their own ideas to Eshoo’s contest, it runs until September 8. The submission in the comments section that receives the most upvotes will emerge victorious, but whether it will have a measurable impact on this long-running debate is anybody’s guess.

This article was originally published Aug. 28, 2014. You can support net neutrality by participating in the Internet Slowdown Day.