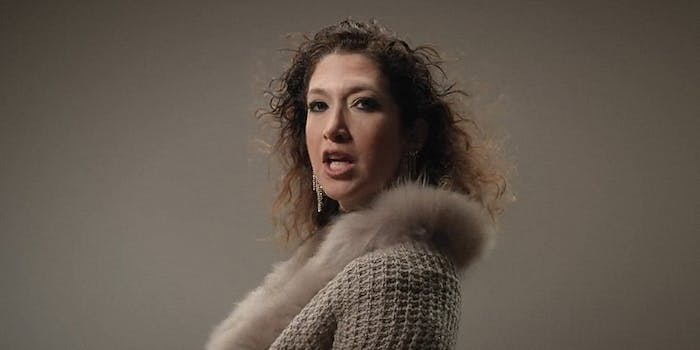 Could crypto be any more cringe?

If there’s one thing that unites the people plugging Web 3.0—aside from their dogmatic belief that it will be a uniting force for the world to rally around—it’s their shameless, slavish devotion to shoving it in your face and demanding you too to become obsessed with it.

You may think that if a world-altering paradigm was being built, it would be able to naturally wash over society due to its import and clear relevance. Irrigation technology’s utility, for example, was instantly understood. It did not need Jordanian farmers in 6000 BCE to sow embroidered badges with images of gushing trenches on their flaxen loin clothes for others to adopt an easier way to get water to crops.

On that note, here is a video from Randi Zuckerberg, sister of Meta founder Mark, who has become something of an awkward evangelist for the new decentralized web, using parody videos to raise awareness of crypto, NFTs, the blockchain, and the fact that spending ten minutes alone with a futurist is a fate worse than death.

Set to the tune of Twisted Sister’s “Were Not Gonna Take It,” Zuckerberg calls one everyone to …. be more into crypto? It’s not clear what the message is, because frankly it’s impossible to glean anything from the lyrics, as it’s just a mashing of crypto buzzwords, names of exchanges and market players, and Zuckerberg in a shirt that just says “NFTs.”

To say it elicited instant revulsion across the Twitter timeline would be an understatement in the way that those who doubted Satoshi Nakamoto’s efforts to decentralize government finance were … oh never mind just look at some tweets.

“I’m in a bunker and this just made my day worse,” wrote a user out of Ukraine.

This is not her first foray into crypto parodies. Zuckerberg previously released a version of Adele’s “Hello” that might be even worse.

In posting her latest, Zuckerberg mentioned she’d previously song the song on Broadway. The theater kids and crypto bro convergence is upon us.

The end is nigh.