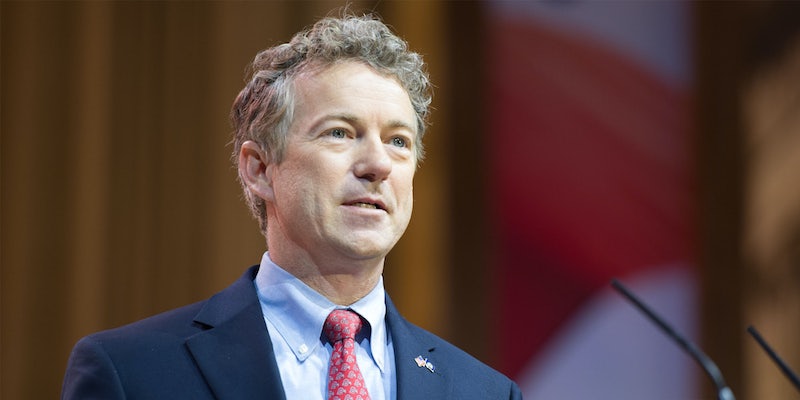 In remarks on Tuesday, Paul asserted that President Joe Biden provoked the Russian invasion of Ukraine last month by advocating for the Eastern European country to be accepted into NATO.

Paul attempted to defend his position by arguing that Russia was only invading countries that were once under the control of the Soviet Union, such as Georgia in 2008, while speaking with Secretary of State Antony Blinken.

“You could also argue the countries they’ve attacked were part of Russia,” he said. “Or part of the Soviet Union.”

Blinken quickly shot back, noting that the invasion of sovereign countries was not justified merely because they had once been ruled by the Soviet Union.

“That does not give Russia the right to attack them,” Blinken said.

Although Paul claimed that he wasn’t attempting to justify Russia’s invasion, the senator once again argued that Ukraine and Georgia “were part of the Soviet Union since the 1920s.”

The footage quickly made its way to Twitter and stirred widespread debate over Paul’s commentary.

Many prominent left-wing accounts alleged that Paul was doing nothing more than “repeating Kremlin talking points.”

“Nobody tell Rand Paul that Alaska used to be part of Russia too,” @TheUSASingers wrote.

A handful of right-wing Twitter users attempted to defend Paul, however, by claiming that his position was putting “America First.”

Blinken’s testimony was aimed at convincing lawmakers to fully fund the Biden administration’s proposed budget for the State Department.