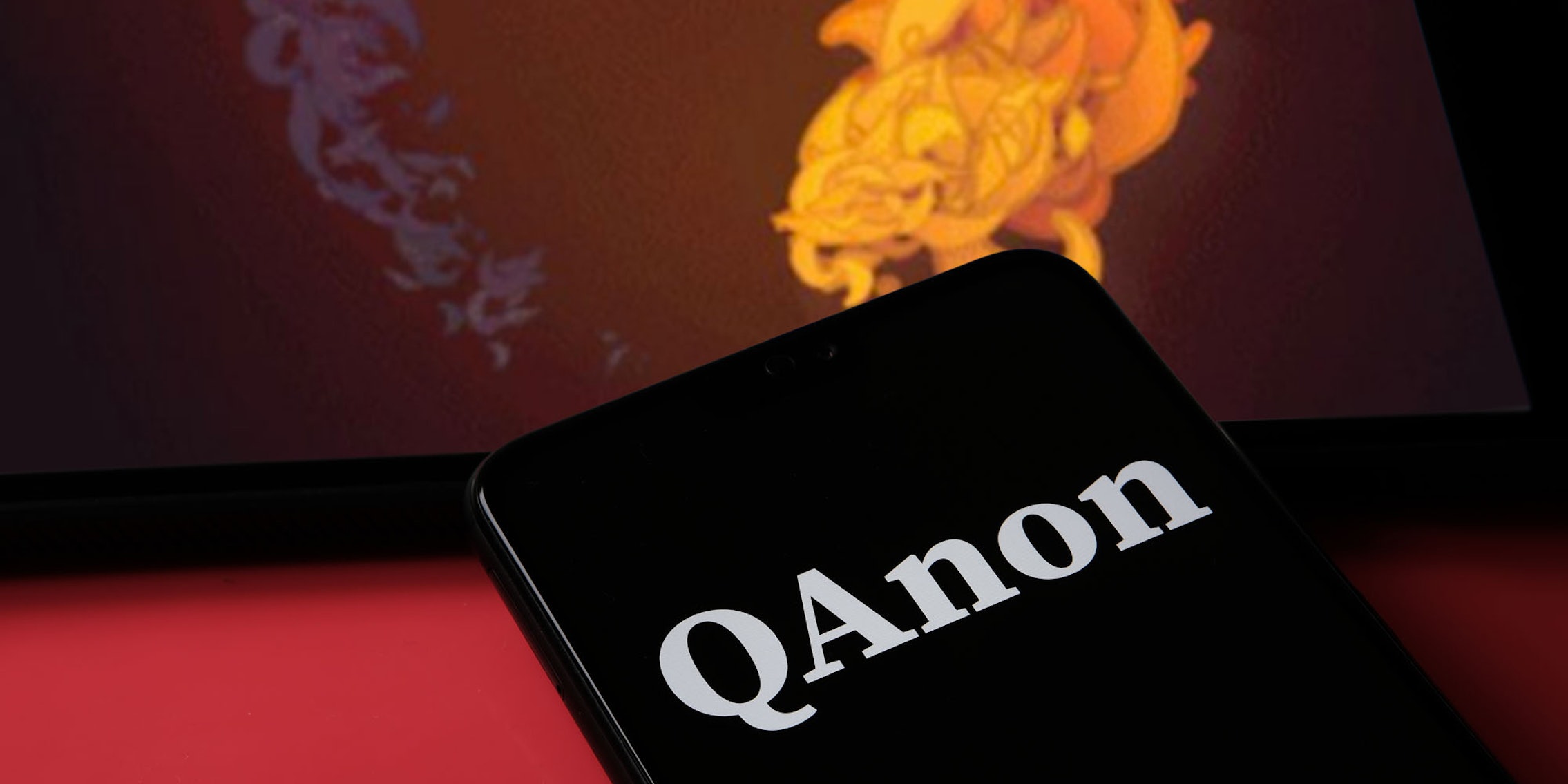 The site's promise of 'free speech absolutism' is already being questioned.

The website, known as QPatriots.org, was announced on Thursday by QAnon promoter James Kingsley. A friend of 8kun owner Jim Watkins, whose imageboard hosted the QAnon conspiracy theory, Kingsley alleges that the site will openly oppose any “undue censorship.”

Watkins and Kingsley appear to be close, going on a podcast together regularly and posting pics of each other in nature.

The design of QPatriot is nearly identical to that of Twitter, even using a blue bird as its primary logo. Users can send direct messages, view trending topics, and utilize an explore tab to search for certain hashtags just like Twitter as well.

In his first post, Kingsley welcomed users to the “patriot based social site” and vowed that only illegal content would be barred.

Yet many observers were quick to note that QPatriot’s terms of use appeared to contradict his claims regarding total free speech.

The terms of use state that everything from hate, politics, and antisemitism to content regarding Nazism and allegations that “space is fake” are not allowed, all topics that flourish on other far-right platforms such as Gab. Other links on the website produce error pages or contain no data at all.

In a group chat on the platform, Kingsley doubled down on the free speech claim by stating that “anything and everything” would be allowed.

“As long as it’s legal it can be discussed… share memes, comments, articles, ideas, pictures of your cat, educational videos about how toasters work… anything and everything… BE FREE PEOPLE!” he added.

QPatriot joins an ever-growing and crowded list of social media websites aimed at right-wing users. But much like Parler, Gab, GETTR, and former President Donald Trump’s Truth Social, the website has attracted a significant number of pranksters and trolls.

Numerous accounts pretending to be prominent conservatives such as Ben Shapiro, Lin Wood, and Rudy Giuliani have already appeared on the platform. While testing whether the site took steps to stop such activity, the Daily Dot was even able to register the username @realDonaldTrump. The Daily Dot was previously able to register the handle on Trump’s own social media site as well.

Given current competition among social media sites and QPatriot’s niche focus, the site will almost certainly fail to garner a significant userbase. Even Truth Social has struggled to become relevant amid billionaire Elon Musk’s attempted acquisition of Twitter, which has now been placed on a “temporary hold.”