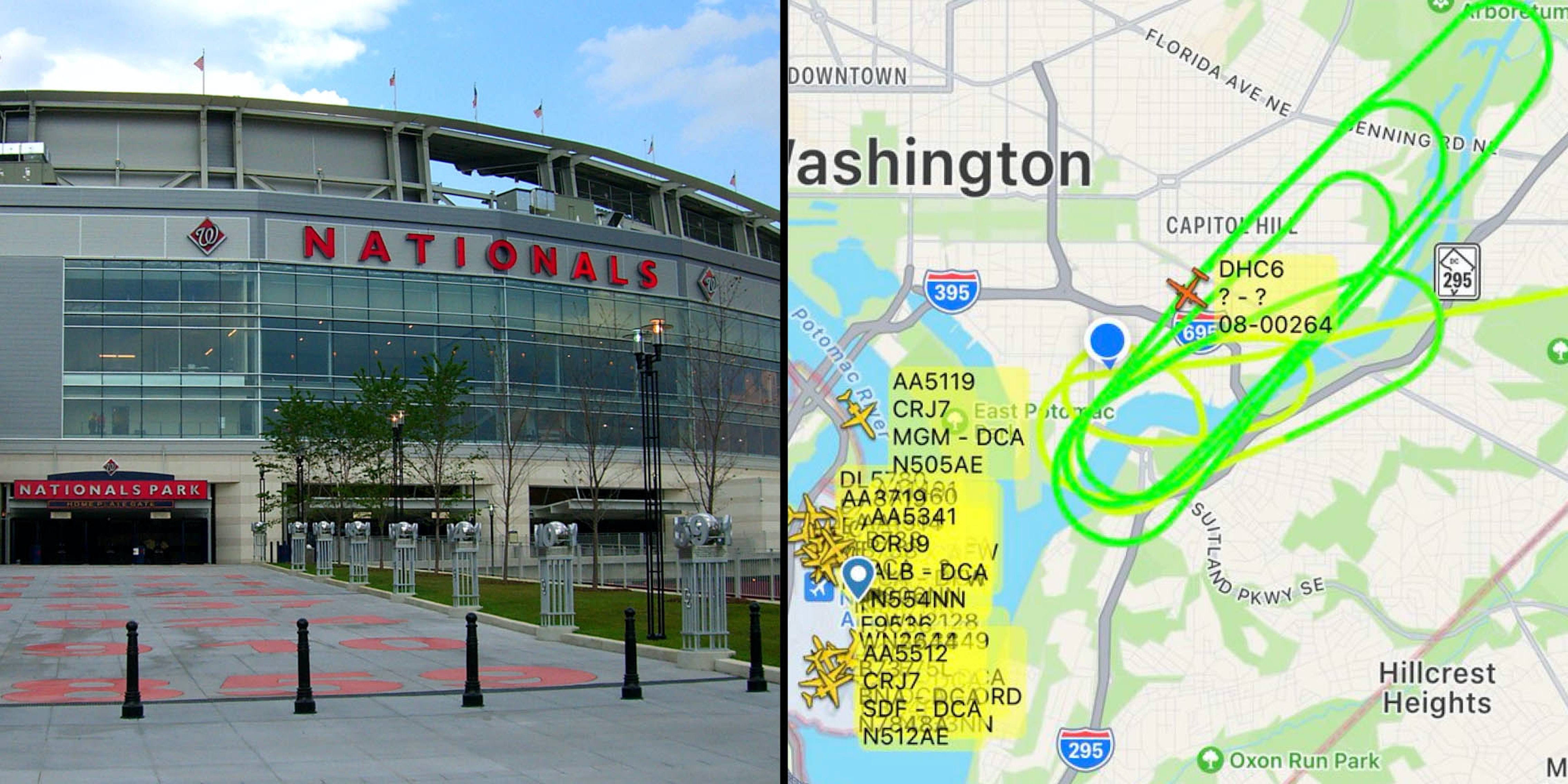 On Wednesday, U.S. Capitol Police issued a dire warning to evacuate the Capitol due to “an aircraft that poses a probable threat.” Minutes later, they rescinded the frightening directive. It soon emerged that the aircraft carried the United States Army Golden Knights, who were parachuting into the Washington Nationals game for its military appreciation night. Due to a miscommunication, Capitol cops hadn’t been informed of this plan, leading it to evacuate Congress in what was described as “an abundance of caution.”

Naturally, QAnon conspiracy theorists aren’t buying it. Things are never what they seem to the people who believe that the world is controlled by Satan-worshipping pedophiles who sometimes dine on their young victims. They’re floating a number of theories about why the Capitol was really evacuated.

One of the most common theories is QAnon’s perennial favorite excuse for literally anything: it was a false flag.

The hypotheses only get weirder from there.

Jim Watkins, whose website provided the launchpad for QAnon, suggested that the evacuation had something to do with the Capitol riot.

“PLANNED!” he exclaimed on Telegram, “to drive the narrative of ‘fear of threat’ from Jan 6.”

It’s not clear what would be gained by this plot. Even some of Watkins’ subscribers were confused. Pressed for further details, including whether he’s suggesting the Army is “colluding in the January 6th lies,” Watkins first claimed that he’d simply forwarded the information.

Backpedaling, he said, “I am sure they meant to make folks worried about the erection on January 6.” Clearly, he meant to write “election,” but that arguably makes even less sense, as the United States doesn’t hold elections on Jan. 6. Erections, however, are theoretically possible any day of the year.

Watkins’ explanation nevertheless seemed to placate his subscribers. “Any involved in any tampering should be afraid of the good guys!” wrote one, adding, “The shoe is going to drop at the perfect moment and there will be nowhere to run to, nowhere to hide!”

In another QAnon Telegram channel, a subscriber said it didn’t matter anyway. “There’s no one at the Capitol… Congress is dead,” they wrote, possibly facetiously. Another person agreed that it’s irrelevant whether a plane crashes into the Capitol because “it is a Satanic temple anyway.”

Other conspiracy theorists who subscribe to the Epoch Times columnist Brian Cates’ channel theorized, variously, that it was “planned” to hide or plant evidence, proof that President Joe Biden doesn’t control the military, or that “white hats thwarted a false flag.”

“It’s always a penis shape,” opined one, presumably referring to the Army plane’s flight pattern. It’s not clear how this is significant.

One of the more inventive conspiracists suggested that the Golden Knights were involved in a sinister plot to kidnap Majority Leader Nancy Pelosi (D-Calif.), who is among the many people QAnon conspiracy theorists would like to see executed. “1st paratrooper to grab Nancy Pelosi gets Soldier of the Year, no taxes for life, Pelosi’s new mansion in FL, a statue, a parade, and all the sponsors for the American Big Hero!” they wrote.

Pelosi does not appear to have been kidnapped.